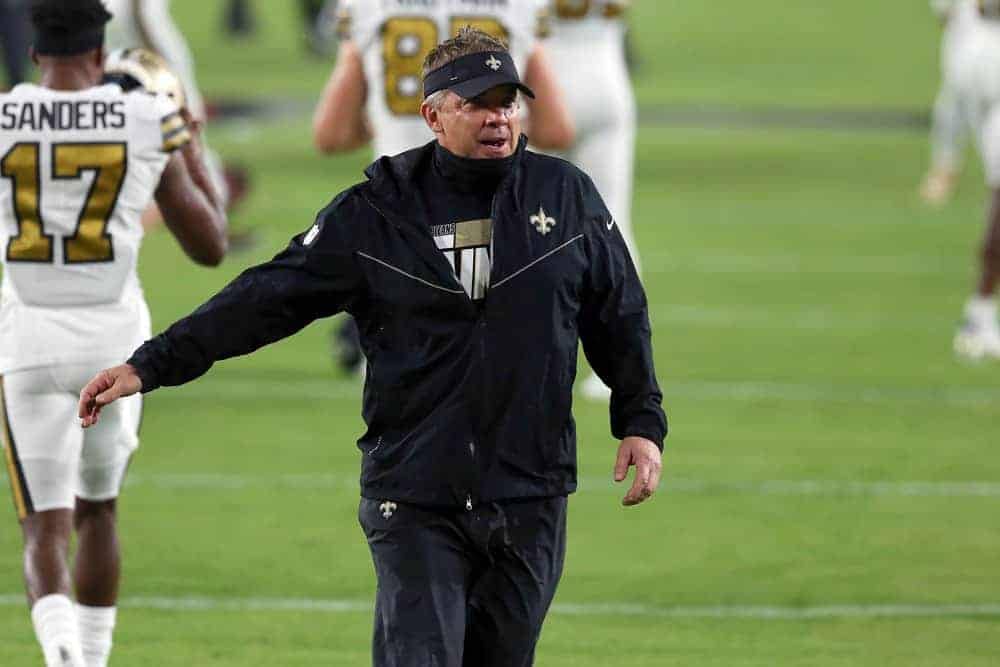 The Denver Broncos seem to be zeroing in on Sean Payton to become their next head coach. The Broncos head coach odds indicated that Payton and Dallas Cowboys defensive coordinator Dan Quinn were the two front-runners for the vacancy, but Payton has now taken over as the clear favorite on DraftKings Sportsbook.

A potential Sean Payton-Broncos pairing would set up a relationship with Payton and Russell Wilson, who looked like a mere shell of the player we saw dominate the competition during the first 10 years of his career with the Seattle Seahawks. Payton has said in interviews that he believes there is a path to “fixing” Wilson with the Broncos.

“I’d want to see a cut-up of all Russell’s past plays of 30 or more yards from the field (level), and I’d want to see if there’s some schemes that he felt comfortable with,” Payton said in October, when asked about the struggling quarterback during an interview with Fox Sports Radio’s Colin Cowherd, per The Athletic. “Like, I know they did a great job in Seattle of bringing him off a naked boot and then pulling up. We all saw that throwback to (Tyler) Lockett across the field where the ball traveled 60 yards in the air. Then, I’d want to look at another film of his red zone touchdown passes. What I’m asking for from assistants is some of his greatest hits, and then make sure that we have those song lyrics available. If not, let’s put them in.”

Wilson finished his first season with the Broncos with career-lows in completion percentage (60.5%) and passing touchdowns (16), leading the team to an extremely disappointing 4-11 record in his starts. Nathaniel Hackett was let go as the head coach before he completed his first season at the helm.

Payton has also had interviews with the Houston Texans, Carolina Panthers and Arizona Cardinals. But based on the DraftKings lines, the Broncos are the heavy favorite to land the former New Orleans Saints head coach. Perhaps getting to work with Wilson is appealing to Payton, who resurrected the career of future Hall of Famer Drew Bress during his time with the Saints.

The Broncos head coach odds show that a Sean Payton agreement could be coming soon, but he may decide to take his time before picking out the perfect situation to take on his next challenge.