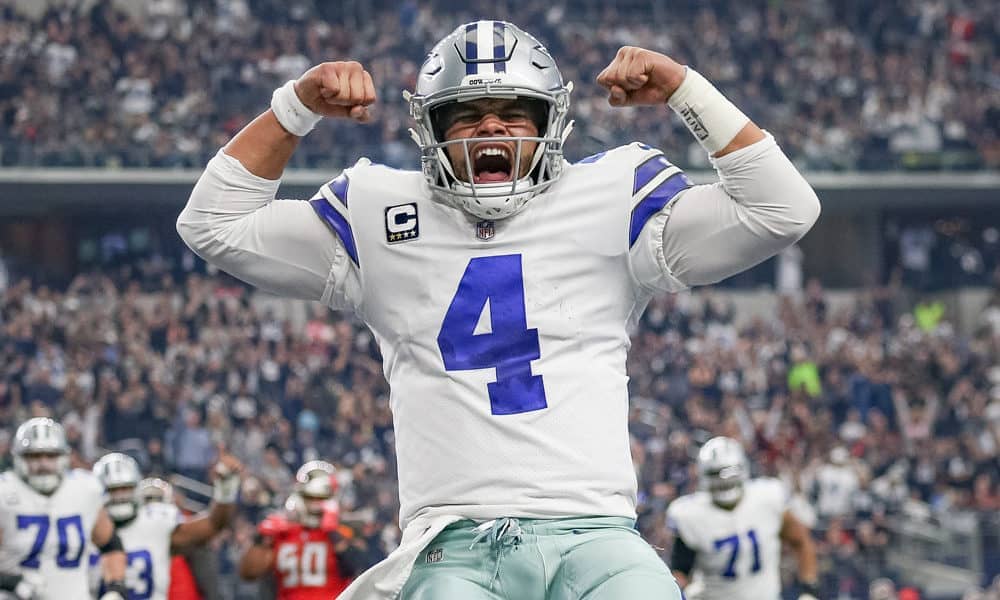 With NFL Week 4 nearly at its end, oddsmakers are beginning to set their lines for next weekend’s Week 5 games.

Some of next weekend’s top matchups include the Colts at the Broncos, Cowboys at Rams, and Raiders at Chiefs on Monday night.

Check out the full betting odds for Week 5 below:

In the absence of Dak Prescott, Cowboys backup Cooper Rush has proven his worth, going 4-0 in his starts since last year, but earlier in the week, ESPN's Adam Schefter reported that Prescott was "eyeing" a return for the marquee matchup against the reigning Super Bowl champions next weekend.

Even with Rush proving to be a more than serviceable backup, the cowboys will undoubtedly have a much better chance of pulling off the upset against the Rams if Prescott is able to go, and the line would likely move slightly more towards the Cowboys if he's upgraded to active before Sunday's matchup.

As for the Patriots, they'll seemingly have less of a chance of getting starting quarterback Mac Jones back before their game at home against the Lions next week. After suffering a high ankle sprain during the Week 3 loss to the Baltimore Ravens, Jones is considered "week to week", with Bill Belichick giving one of his classic soundbites during the week when asked about his quarterback’s status moving forward.

Asked if Jones was dealing with a high ankle sprain, Belichick doubled down on his original answer.

“Day. By. Day. What do I look like — a doctor? An orthopedic surgeon? I don’t know,” the head coach said. “Talk to the medical experts.”

Still, the Patriots would figure to have a good chance to come away with a win against the Lions at home, but a lot of the betting lines movements will be contingent on how successful backup Brian Hoyer is during the game against the Green Bay Packers during the afternoon slate.

Another potential value play comes with the Arizona Cardinals as 4-point underdogs at home against the Philadelphia Eagles. Sure, the Eagles look like a powerhouse, and the Cardinals seem to have their fair share of problems right now. But with the game in Arizona, it's hard not to like Kyler Murray getting a 4-point cushion to work with.

Other interesting matchups for Week 5 include the two night games, the Bengals going Baltimore to take on the Ravens Sunday night, and the Raiders going to Kansas City to face Patrick Mahomes and the Chiefs. Given current state of the Raiders, it's no real surprise that they'll open as a significant road underdog next Monday.