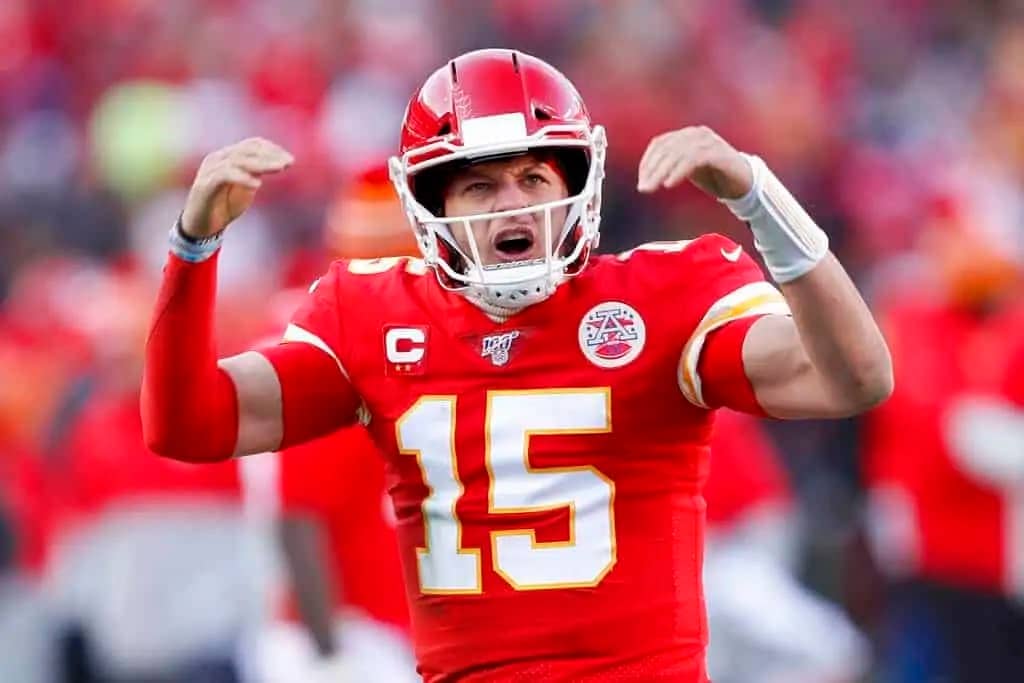 Kansas City Chiefs quarterback Patrick Mahomes isn’t used to being an underdog during his first six NFL seasons, but that will likely be the case when the Chiefs host the Cincinnati Bengals in the AFC Championship game this Sunday. The Chiefs opened as the slight favorite when the matchup was set on Sunday night, but the line’s movement has favored the Bengals over the past two days. They currently sit as a 2.5-point favorite (DraftKings).

Per NBC Sports, Patrick Mahomes has never been an underdog in his twelve playoff starts. He has only been a home underdog once in his career, a Week 6 matchup against the Buffalo Bills this season. He narrowly lost that game 24-20. Mahomes is 6-1-1 against the spread when he’s been listed as an underdog throughout his career and 5-3 straight up. He’s 8-2 at Arrowhead Stadium during his postseason career.

But this game might be a  little different for Patrick Mahomes. He suffered a high ankle sprain during the win over the Jacksonville Jaguars in the Divisional Round, leaving his status iffy for the game. It’s likely that Mahomes’ mobility will be greatly hindered even if he does suit up for the AFC Championship.

This is not the first time that Mahomes will attempt to play through a high ankle sprain. He suffered the same injury during Week 1 of the 2019 season. The damage caused the QB to adapt a bit, not using his legs quite as much, but the team was still able to go 5-2 during the span where Mahomes was receiving treatment.

“I think this one isn’t quite as bad as that one, but they’re similar,” said Chiefs head coach Andy Reid, per USA Today. “Sore, but not quite the same.”

Mahomes argued with Reid to stay in the game last Saturday after suffering the injury. Backup quarterback Chad Henne briefly replaced Mahomes and led an impressive 99-yard touchdown drive, but Mahomes would return to lead the team to victory in the second half.

“It was hard getting him out of the game, first of all. He wanted to fight,” Reid said postgame. “He came back and said he felt good enough to be protected, where he’s not gonna get hurt, that’s obviously the primary thing. And he felt like his mobility was good enough where he could do that. … It was a short leash, so if I felt he wasn’t able to handle it, he would’ve been out.”

Mahomes now finds himself in a position where he’s an underdog and people are questioning his health. If Patrick Mahomes‘s underdog record is any indication, it’s tough to bet against the star QB when he’s in this type of spot.