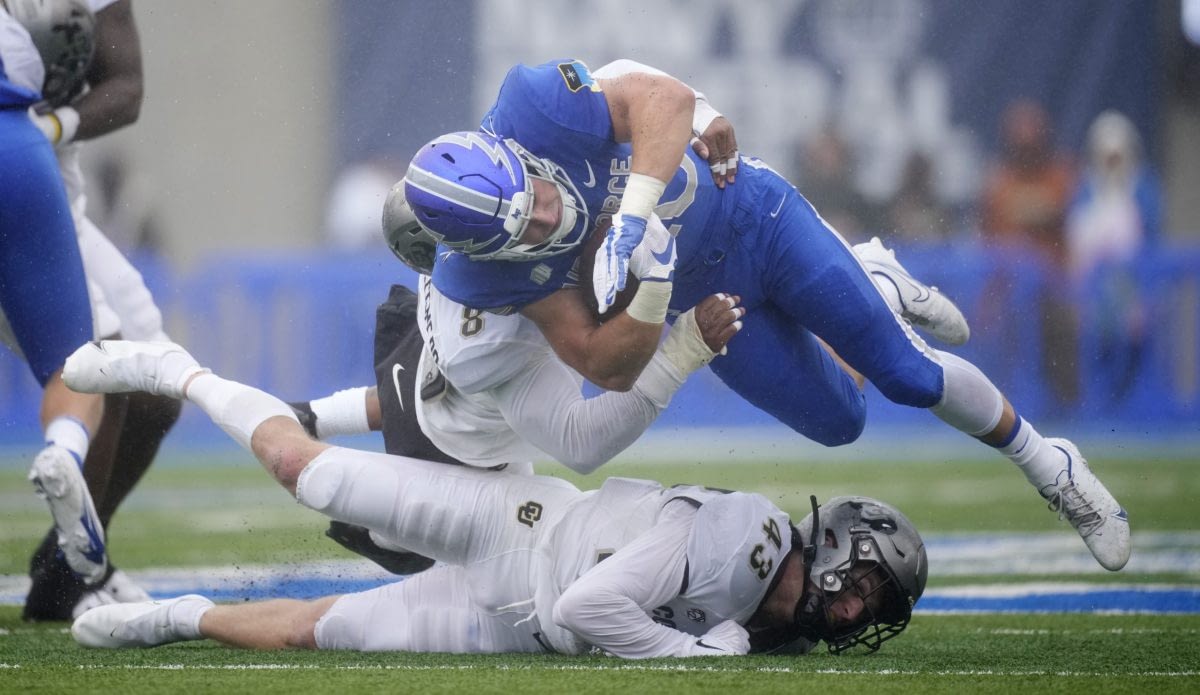 Nevada is one of the most frustrating teams in the nation from a betting perspective.

The Wolf Pack started the season 2-0 with wins over FBS New Mexico State and Texas State, but they recently allowed 55 points to FCS Incarnate Ward. Naturally, Nevada followed up those mercurial performances by getting shutout by Iowa, 27-0.

Iowa had scored two total touchdowns in the two games before that.

The wicked Wolfpack will travel to Colorado Springs and play a talented Air Force team looking for a bounce back. The Falcons couldn’t pull out a victory in Laramie — a place they haven’t won and covered since 2008 — but they should overwhelm this pathetic Nevada team.

That being said, laying 24 points with a service academy that runs the triple option is a daunting task. Is there a better bet we can make?

Can Shane Illingworth or Nate Cox Make a Move?

Nevada has forced 11 turnovers through four games this season. That streak finally stopped as the uber-conservative Hawkeyes managed to hold on to the ball.

That is the only reason Nevada is 2-2. Otherwise, things have been horrendous in Reno.

Nevada is averaging 290 yards of offense per game while allowing 387.5. The Wolf Pack are averaging 4.0 yards per play while allowing 5.8. They rank 119th in Offensive Success Rate and 124th in Explosive Plays allowed.

The Wolf Pack have just managed to gobble up turnovers.

Following their drubbing at the hands of Iowa, the market has likely caught up to the Wolf Pack. I make this spread right around Nevada +25. SP+ is around Nevada +22, so the number is about right.

But what has to go right for the Wolf Pack to compete or cover?

Air Force’s defense has been extremely weak against the pass. The Falcons rank 102nd in PFF’s Coverage grades and 130th in Passing Play Success Rate allowed. However, the Falcons also have created Havoc plays and play so slow they’ve kept their opponent’s passing numbers down. Opposing offenses are only averaging 165 yards of offense against Air Force.

That means one of the two Nevada quarterbacks has to step up. It looks like we’re going to get more of Shane Illingworth, although Nate Cox has snuck in there.

Neither quarterback has performed well. Head coach Ken Wilson wants to run the ball, but this seems to be the one area the Wolf Pack could potentially exploit the Falcons.

Let’s see if it happens.

Air Force Due to Bounce Back?

I think this Air Force team has a chance to be good.

The Falcons returned 15 starters from last year’s 10-win team and currently rank sixth in Rush EPA per play, 18th in Rush Success Rate and 15th in Rush Explosiveness. Those are great stats to have for a triple-option team. Air Force could be a little better in Standard Downs, but that’s nitpicking.

College Football Data calculates a 70% post-game win expectancy for Air Force. We can write the Wyoming loss off.

As long as Air Force doesn’t get shredded through the air, this could be a huge bounce-back spot for talented quarterback Haaziq Daniels and this loaded roster.

There is no value to be found in this game.

A sharp college football play is to bet road dogs with low totals, and Nevada +24 with a 45.5 total fits that bill. However, I can’t wager money on Nevada.

I lean heavily towards Nevada +24 and the under 45 but would need a few more points to consider playing it.