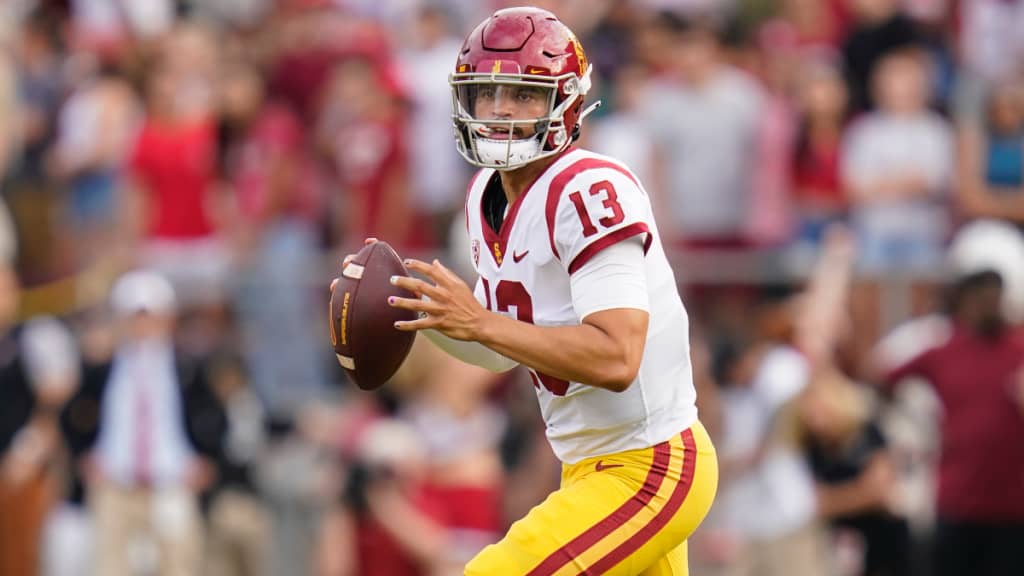 A pair of prestigious programs square off as part of rivalry week in a game with a lot of importance. The USC Trojans will host the Notre Dame Fighting Irish at the Coliseum for the first time since 2018.

No. 5 USC (10-1) is hoping to keep its College Football Playoff hopes alive, while No. 13 Notre Dame (8-3) can play spoiler by extending its win streak. Kickoff is slated for 7:30 p.m. ET and will be televised on ESPN.

Be sure to check out our OddsShopper tool for the best college football odds.

Year 1 of the Marcus Freeman Era got off on the wrong foot. The Fighting Irish dropped their first two games under their new coach, including a 26-21 loss to the Marshall Thundering Herd. This came after Freeman coached last year’s Fiesta Bowl, and Notre Dame blew a lead in a loss to the Oklahoma State Cowboys.

The Fighting Irish dropped back to .500 with a 16-14 loss to the Stanford Cardinal on Oct. 15. Since then, Notre Dame has won five in a row to climb back up the AP Poll.

During this win streak, the Fighting Irish have outscored their opponents 199-91. Notre Dame has scored at least 35 points in each of its past five games, a feat the program hadn’t accomplished since 1943.

The ground game has been a big reason for this success, as Notre Dame is averaging over 200 rushing yards per game during the win streak. A strong run game might be just what the doctor ordered for the Fighting Irish to keep pace with the Trojans.

It should come as no surprise, but the Trojans are an elite offense during their first season with coach Lincoln Riley. USC is averaging 42.7 points per game, third in the nation in scoring average. The Trojans have scored at least 40 points in five straight games.

Quarterback Caleb Williams, who transferred from Oklahoma to stay with Riley, is in Heisman Trophy contention with Ohio State QB C.J. Stroud. Williams has thrown for 3,480 yards, 33 touchdowns and three interceptions, and is coming off a 470-yard output in a 48-45 win over the UCLA Bruins.

The high-octane offense is the reason USC has a chance to make the College Football Playoff. The Trojans are No. 5 in the CFP rankings but will likely earn a semifinal berth if they win this week and take care of business in the Pac-12 Championship game.

Notre Dame’s winning streak has been impressive, especially after how the season began. But the run should end here, with a motivated USC squad getting the job done at home to end its regular season.

The Trojans have been the more consistent team, and their offense continues to deliver on a weekly basis. Feel comfortable betting on USC to win by at least a touchdown with everything that is at stake.