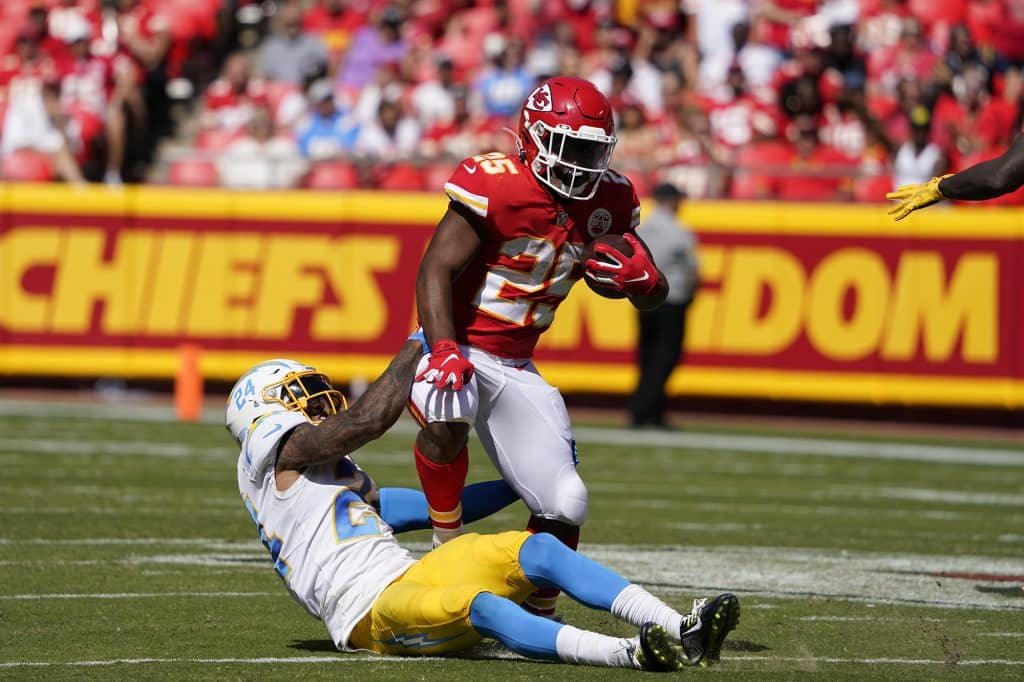 Sunday Night Football features a rematch of Super Bowl LV between the Kansas City Chiefs and Tampa Bay Buccaneers. Both teams are 2-1 to start the season. The Bucs have been dealing with several injuries but will have Mike Evans back from suspension and likely Chris Godwin back from injury.

For every primetime NFL game, this article will share the best same-game parlay and the reasoning behind it. Here is the Chiefs vs. Buccaneers slip for Sunday night’s game.

The Chiefs pass defense has been very good this season and the Buccaneers run defense is very stingy, so this is a spot to get leverage. Last week, Clyde Edwards-Helaire was held to 0 yards on seven carries, but head coach Andy Reid will use running back Jerick McKinnon creatively to get him in space.

McKinnon should get at least three or four targets. If he catches a couple passes, this is a good line. McKinnon will be important against this tough Buccaneers run defense, and he actually had more snaps than Edwards-Helaire last week.

Since the Buccaneers run defense is so stout, bet in favor that they shut down Edwards-Helaire and make the Chiefs move the ball through the air.

This same-game parlay focuses on one aspect of the gam: The Chiefs running backs. Only one part of the game script needs to go right for this parlay to hit on Sunday Night Football.

IL, KS and LA: Bet $10, Win $200 if EITHER team scores a TD between the Chiefs and Buccaneers
Share on TwitterShare on FacebookShare on EmailShare on SMS