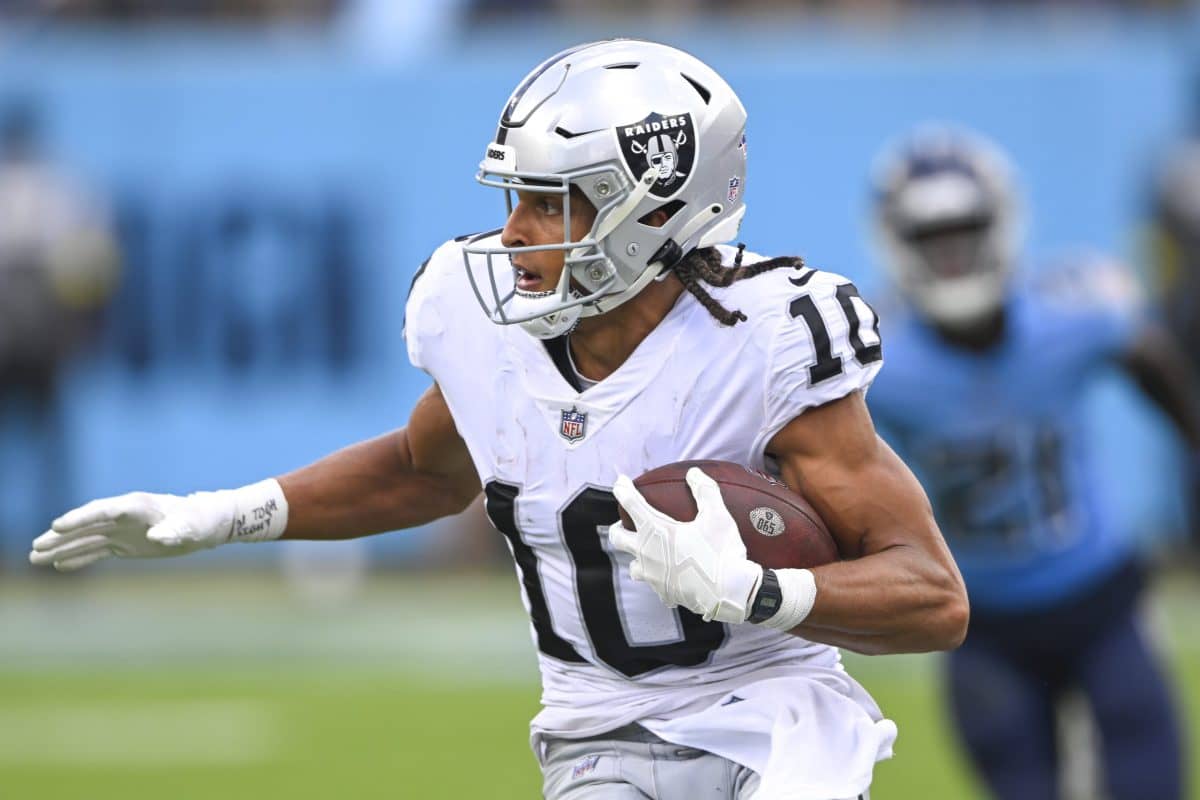 Las Vegas Raiders receiver Mack Hollins didn’t come into the season as a household name, but given the injury to Hunter Renfrow, he’ll now have an increased workload for the struggling offense.

Still, the Raiders will have Davante Adams as their top option when they take on the Denver Broncos on Sunday afternoon. But Hollins has emerged as Derek Carr‘s likely second option in the absence of the sure-handed Renfrow.

Per our Stokastic week 4 fantasy football rankings, we currently have Hollins as a fringe flex option as the No. 45 ranked receiver on the board.

Through the first three weeks of the NFL season, Hollins has caught 14 of 20 targets for 240 yards and a touchdown. But his best performance came in a breakthrough week 3 games against the Tennessee Titans.

Hollins has a career best day, catching eight passes for 158 yards and a touchdown. His biggest play came on a long 60-yard touchdown near the end of the fourth quarter that gave the Raiders a chance to tie the game.

“There’s not many people that use their legs to get anywhere anymore. Mack’s one of them,” Raiders coach Josh McDaniels said via AP. “He’s a free spirit, but he’s got an urgency about him, and an attention to detail about him that you would ask every player to possess in the building. What a breath of fresh air relative to the things he’s interested in.”

The 0-3 Raiders desperately need a win against the Broncos on Sunday, and another strong showing from Hollins would help them in an important division game.

IL, KS and LA: Bet $10, Win $200 if EITHER team scores a TD between the Broncos and Raiders
Share on TwitterShare on FacebookShare on EmailShare on SMS