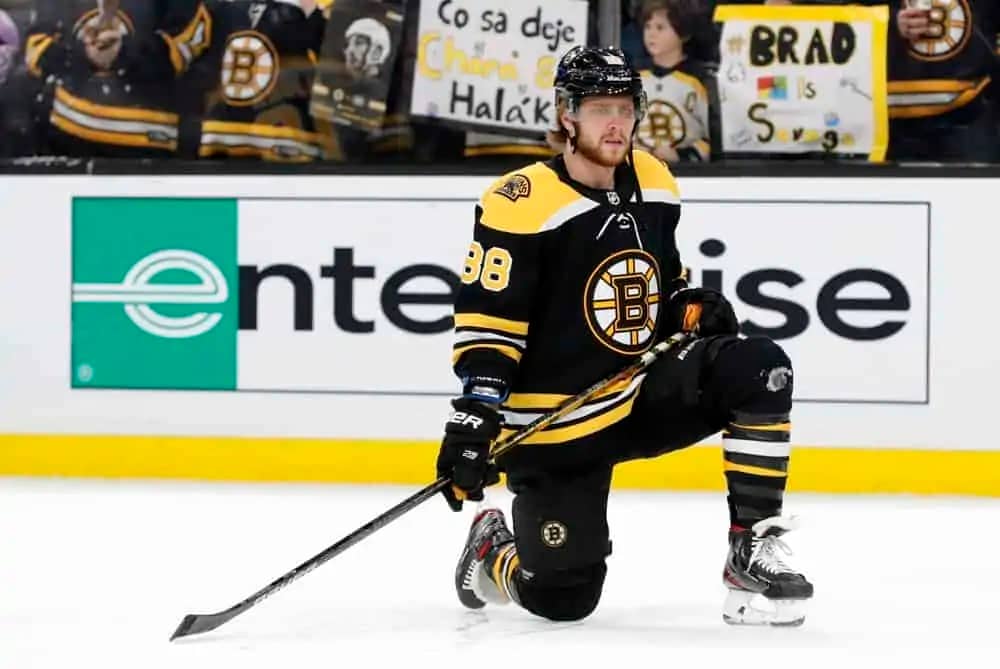 After just a pair of games on Tuesday night we have a massive 15-game NHL schedule Wednesday evening. With a boatload of options on the board, let’s dive in and see which ones are going to make the money, including a pair of bets that are contrary to what we’ve seen so far this season. For more NHL odds, best bets and parlays be sure to check out the OddsShopper tool.

Blasphemy, right? The New Jersey Devils are in search of a 14th straight victory as they play host to the Toronto Maple Leafs Wednesday night, but despite their resounding numbers across the board, the Devils’ time might be up.

Call this one a hunch, but the Maple Leafs have played some quality hockey of late, too. Overtime has bitten them on numerous occasions of late, including last week when the Devils beat the Leafs in the extra frame back in Toronto. However, the Leafs have grabbed at least one point in 10 of their last 11 games, winning six of them and losing another four in overtime.

Working against the Leafs is the fact they are now down their three highest-paid defensemen now that Morgan Rielly is on long-term injured reserve, joining Jake Muzzin in that department while T.J. Brodie remains sidelined with a quad issue. Of course, this doesn’t bode well against a Devils team that ranks first in the NHL in expected goals for per 60 minutes at five-on-five.

However, I like the plus-money odds we’re getting on a team that quietly sits in share of fourth place in overall points right now despite how good the opposition has been over the last few weeks.

The Detroit Red Wings and Nashville Predators butt heads tonight in the Motor City and it’s the home side who should come out on top in this one.

For starters, the Red Wings dodge Predators No. 1 netminder Juuse Saros as backup Kevin Lankinen will get the nod in this one. Sure, Saros hasn’t been as dynamite so far this season as we’ve seen in the past, but he’s the far-superior netminder over Lankinen who was shelled for five goals his last time out. The 27-year-old owns a stout .921 Sv% in five appearances this season, but also a 3.19 GAA and .903 Sv% across 74 career outings.

This is also a Predators back end that’s regressed from a season ago. Nashville sits 20th in expected goals against per 60 minutes at five-on-five and 21st in high-danger chances against in the same scenario. The Wings have been the superior team in both categories while the Wings sit 14th in overall defense on the season.

Meanwhile, Red Wings goaltender Ville Husso sports a rock-solid 2.55 GAA and .916 Sv% on the season. He’s 7-2-3 in 12 appearances on the campaign and while he’s not the confirmed starter for this one at this point, I’d be surprised if he didn’t get the nod without a back-to-back situation at play here.

Finally, the Wings have been the superior offensive team, plain and simple. Their 3.28 goals per game ranks 13th in the show while the Preds’ 2.68 mark falls all the way to 27th league-wide.

With a home record at 5-2-2 versus a team sporting a 3-5-0 record on the road, the Wings are a sound moneyline bet on this slate.

What a contrarian piece today as I’m betting against the top two teams in the NHL right now, but give me the home side as the Florida Panthers host the NHL-best Boston Bruins.

Indeed, the 17-2-0n Bruins have been the roughest out in the league this season and the Panthers are off to a lukewarm 9-8-2 start to the season. However, the Panthers should be able to show up for this one with a healthy lineup intact.

With a 2.43 GAA and .918 Sv% across nine outings, Panthers netminder Spencer Knight appears up to the task after a slow start this season. He’s also managed 3.4 goals saved above average on the season and should, in all honesty, be the club’s No. 1 netminder over the overpaid Sergei Bobrovsky.

Nonetheless, look for the Panthers to show up for a big tilt with the NHL’s best tonight in Sunrise.