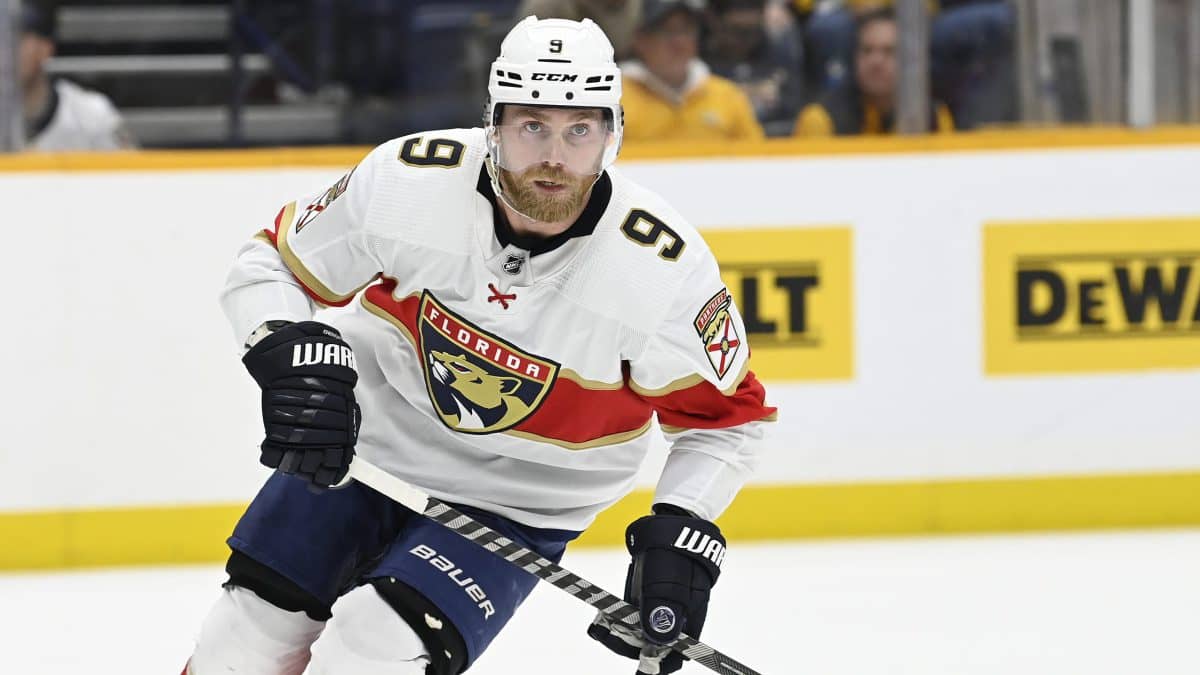 Let’s dive into the top betting angles from Monday’s six game slate, including Anton Lundell and the Florida Panthers. For more best NHL bets, NHL odds and NHL props, be sure to check out the OddsShopper tool.

2020 12th overall pick Anton Lundell is one of the more talented third-liners in the entire league, and despite collecting 44 points in 65 games as a rookie last season, he has played in some modest roles on a crowded Panthers offensive corps this season.

Aleksander Barkov’s illness changes that entirely, and Lundell skated on the Panthers top line and top power play with Barkov sidelined Saturday against St. Louis. Lundell managed one goal in that game and had some notably dangerous passes, which could have led to more. Skating in such a significantly heightened role, Lundell is far more likely to record a point than a price of +102 suggests he is, and this is simply an auto-play if the price holds and he remains in this role.

On top of that, Edmonton is actually an above-average target despite holding the status of a contender in many observers’ minds. The Oilers have allowed the sixth-most goals against per game (3.57) in the league, and the Oilers’ 10th-fewest expected goals per 60 suggest the problem has been more than simply Jack Campbell.

It may not be the Battle of Alberta anymore, but it has seemed very clear that Bennett still gets up for contests against the Oilers while playing with Florida since some real hatred between him and the Edmonton roster remains. Bennett has managed three goals and 12 shots on net in three contests against Edmonton since arriving in Florida.

More importantly than Bennett’s results against Edmonton is the fact that he is skating in somewhat of a heightened role tonight. Florida skated with just three centers on Saturday and relied upon Bennett and Lundell heavily. That plan should change tonight, but Bennett and Lundell will still likely each be used significantly more than on an average night when Barkov eats at least 20 minutes.

Bet $5, get $200 instantly when you bet the NHL tonight
Share on TwitterShare on FacebookShare on EmailShare on SMS