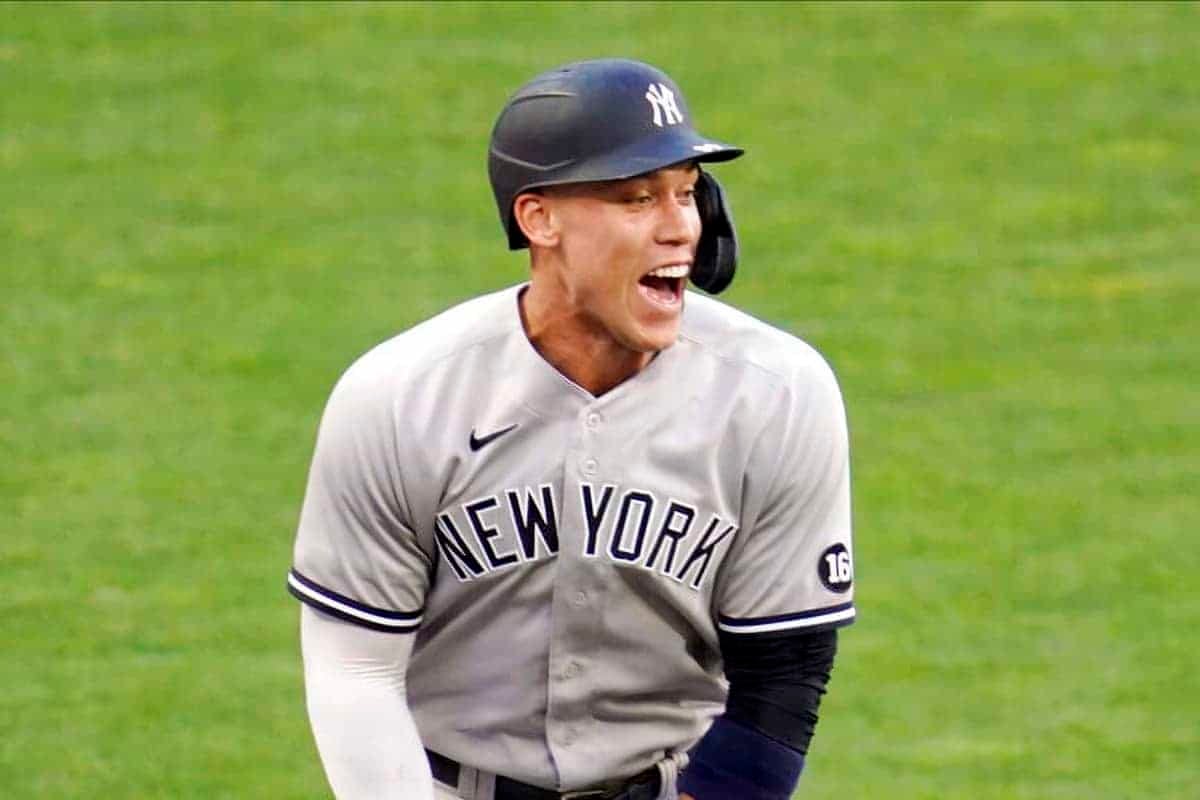 New York Yankees slugger Aaron Judge is on the verge of making history, and it could very well happen on Wednesday night against the Pittsburgh Pirates.

On Tuesday, Judge inched closer to Roger Maris’ AL single-season home run record (61) by belting his 60th of the season in the bottom of the ninth inning at Yankee Stadium. After receiving his curtain call from the Yankees faithful, Giancarlo Stanton would end up sending the crowd into a complete frenzy with a walk-off grand slam to win the game 9-8.

Given how special Tuesday night was for Yankees fans, many are thinking that Judge will just get the next two home runs out of the way on Wednesday. And the odds for him to do so could give bettors some value.

Per DraftKings, Judge is currently +160 to hit his 61st home run on Wednesday night, but that sportsbook also has a special for him to hit two and pass Maris altogether.

It’s currently +1600 for Judge to hit two home runs and the Yankees to win the game against the lowly Pirates on Wednesday night at home.

“I don’t think about the numbers,” Judge said to ESPN after hitting his 60th home run. “When you talk about Ruth and Maris and [Mickey] Mantle and all these Yankees greats that did so many great things in this game, you never imagine as a kid being mentioned with them. It’s an incredible honor. It’s something I don’t take lightly at all. But we’re not done. We still have a couple games left in this season and hopefully a couple of more wins come with them.

“I’m trying to enjoy it all, soak it all in, but I know I still have a job to do out on the field every single day and I just have to keep my head down, keep preparing and stay mentally focused.”

The Pirates will turn to young right-hander Roansy Contreras to face Judge on Wednesday night. He has not faced off against Contreras thus far in his career.