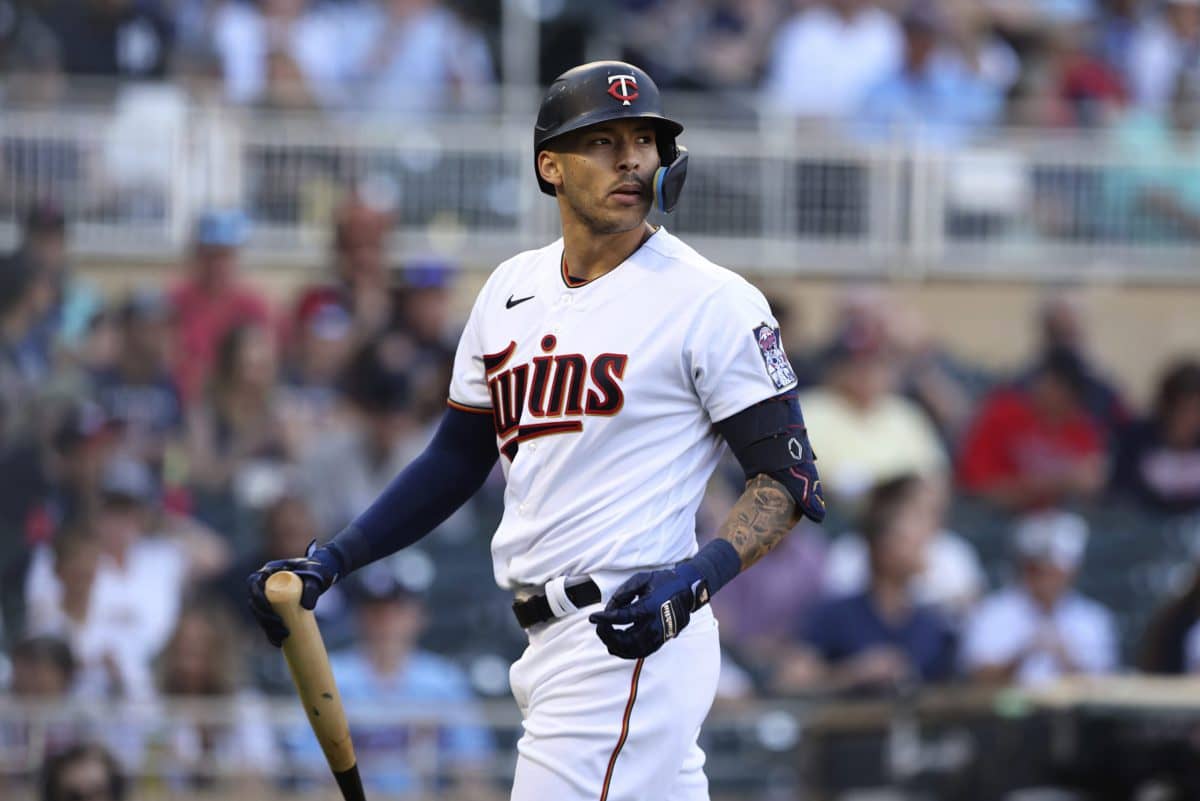 Is Carlos Correa destined to be the next shortstop of the Chicago Cubs? After opting out of his contract with the Minnesota Twins after just one season, Correa is one of the top MLB free agents on the market and has been linked to the Cubs since he was on the market last offseason. Sure enough, the Cubs are the betting favorite this time around. Check out the latest Carlos Correa free agent odds, via DraftKings:

With his superstar label already set from his early career with the Houston Astros, the expectations were high for Correa in his one (and likely only) season with the Twins. But because of injuries and inconsistent play, Correa failed to live up to his incredibly high billing in 2022. He did manage to slash .291/.366/.467, but his 5.4 WAR was a significant step off from 7.2 in 2021, when he finished fifth in the American League MVP voting.

Correa remains one of the best shortstops in baseball and would fit nicely with the Cubs, even with Nico Hoerner proving to be an adequate option last season. With Chicago looking at the star-studded shortstop market, it's likely they'll move Hoerner back to second base, where he played in 2021, if they're able land one of Correa, Trea Turner, Dansby Swanson or Xander Bogaerts.

"Cubs among most active teams in the shortstop market during early days of free agency. They’ve been in touch with the agents for Carlos Correa, Trea Turner, Xander Bogaerts, and Dansby Swanson," MLB insider Jon Morosi tweeted earlier in the week.

The St. Louis Cardinals and Twins (each +550) are the other leading choices in the Carlos Correa free agent odds.

But for the time being, the Cubs (+280) are believed to be most likely to land Correa than the other shortstops. It's a general belief that Correa is enamored by the idea of playing for a team with a history like the Cubs, and based on the betting odds, that feeling may be mutual.

After finishing third in the NL Central this season, perhaps the Chicago Cubs will accelerate their rebuild by adding some serious star power this offseason.

Phillies vs. Astros Prediction and Odds: Value in the Total for Game 6
November 4, 2022 | Tony Sartori