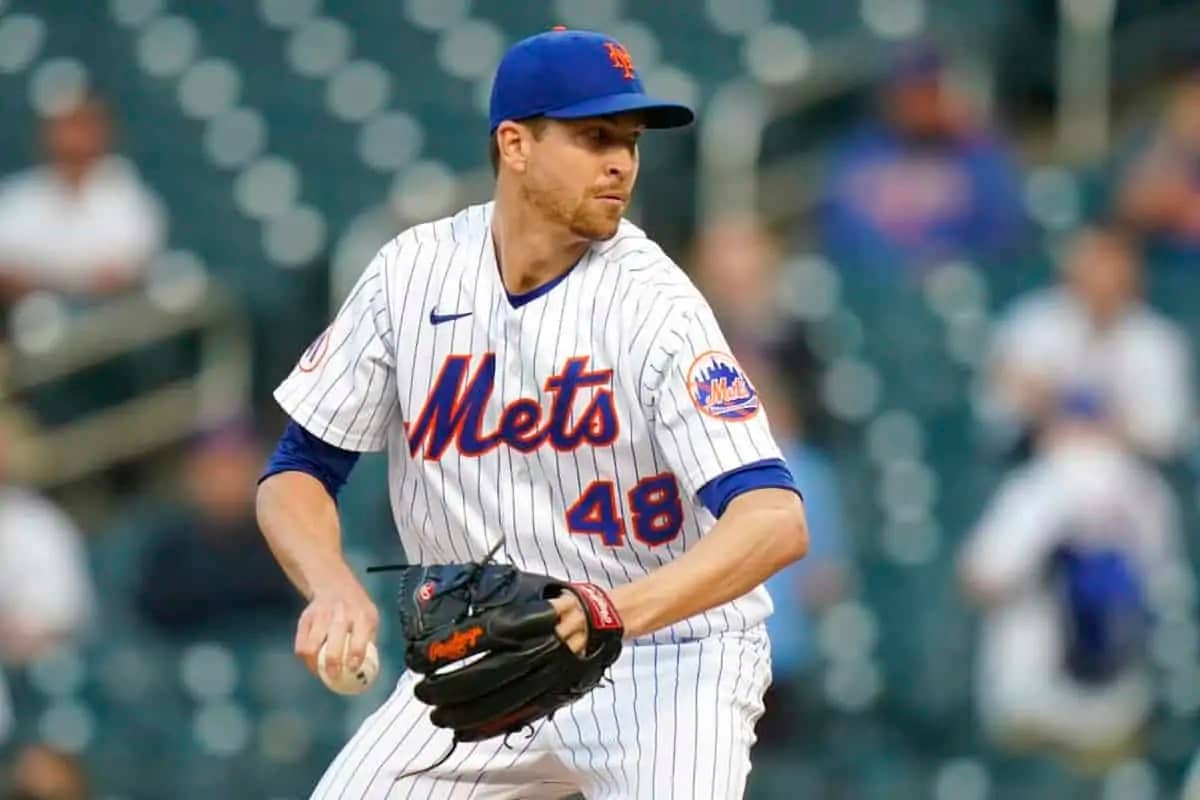 Will the New York Mets find a way to keep ace starting pitcher Jacob deGrom in Queens on a long-term deal?

The right-hander will be one of the most sought-after free agents on the market this MLB offseason, but as it stands, he’s favored to stay right where he is.

The Mets are the betting favorites on DraftKings to have deGrom on their roster when the 2023 season begins, but they’ll certainly have some competition.

Can Anyone Pry DeGrom From Mets?

There were some reports linking deGrom to the Texas Rangers after the World Series ended. According to MLB insider Jon Heyman, deGrom even reached out to the Rangers to let them know he was interested in signing with them if they were to offer a contract. After breaking the bank to bring in infielders Corey Seager and Marcus Semien last offseason, the oddsmakers aren't confident that Texas can match the offers from other major league heavyweights.

DeGrom has pitched the entirety of his nine MLB season with the Mets and has expressed his wish to continue his quest for a World Series championship with the team that selected him in the ninth round of the 2010 MLB Draft.

“I think there is a good deal of interest there [to stay] on his part,” Mets GM Billy Eppler said via the New York Post. “That was articulated a number of times through the season and reiterated in our most recent conversation.”

Even though there's mutual interest between the Mets and deGrom, the team also doesn't want to wait all offseason long for the ace to make his decision. Since Mets starting pitcher Chris Bassitt like deGrom opted out of his contract, New York has multiple voids to fill on its pitching staff.

Jacob deGrom's Mets were eliminated by the San Diego Padres in the Wild Card Round of the postseason and now have several interesting free agency decisions to make in an effort to get over the hump in 2023.