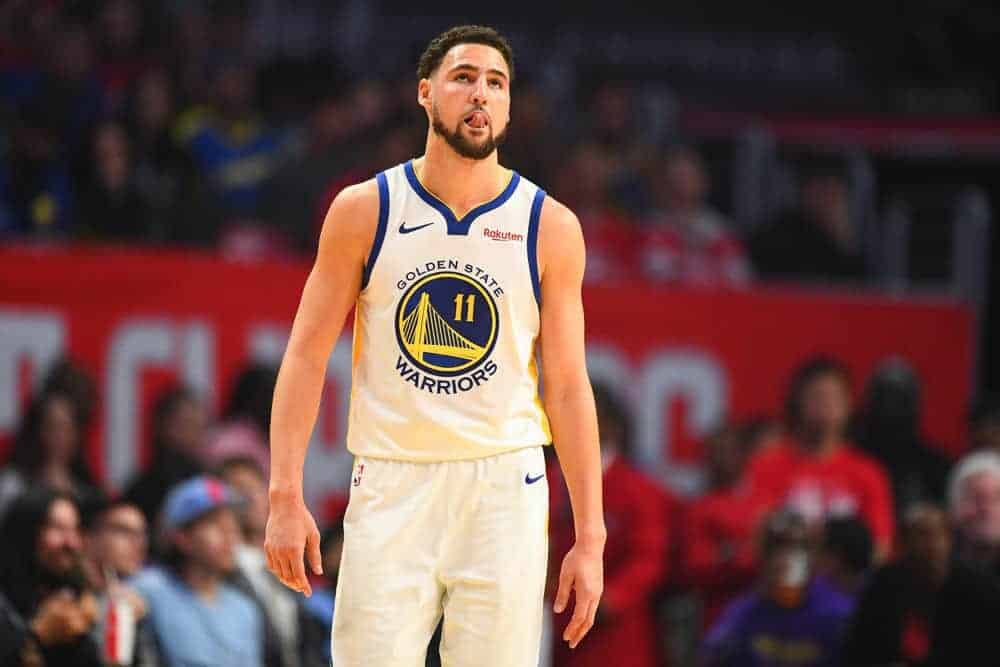 Tuesday night features a three-game slate in the NBA.  With only six teams in action, the player prop market still has plenty of value, especially if you get a little creative.  Finding the best possible line on all your bets is one of the most important things in sports betting and to do so you must check out OddsShopper. OddsShopper will provide the tools you need to get the best value on all for your bets tonight and this season.  Tonight’s best NBA prop bets feature Klay Thompson and Jerami Grant.

The Golden State Warriors are on the road in Dallas as 1.5-point favorites in a game that carries a surprisingly high total of 228.  The Mavericks and their games usually feature a much lower over/under but with the Warriors finding themselves as of late, their offense is beginning to take off.  Coming off three straight wins in which they averaged 130 points per game, the Warriors have finally gotten the push they have desperately needed after a miserable start to the season.  A guy who has stepped up and found his shot is Klay Thompson, who is now shooting 40% from 3 on the season.  With his recent success and his ability to get and stay hot, Thompson is a guy to target in the prop market before his prop numbers move.

Thompson currently has a 3’s made line set at 3.5 with +125 odds to the over.  Those +125 odds will not be available for many more games and as he continues to round into form, his line on this prop could eventually be set at 4.5.  That leaves us with the over in this matchup and when you dig deeper into Thompson’s numbers as of late, this play becomes one of the most valuable on the slate.  Thompson has surpassed this number in four of his last five games and over those five games he is averaging 10 3-point attempts per game.  The Mavericks rank 25th in 3-point percentage allowed, which is a great sign for not only Thompson, but also the Warriors team as a whole.  Thompson has found consistency in his game and if he is going to get up 10-plus 3’s, the plus money on his over 3.5 is tremendous.

The Portland Trail Blazers are on their home court playing host to the Los Angeles Clippers tonight.  The Blazers are 4.5-point favorites and in a game without Damian Lillard, look for Jerami Grant to continue to have a very high usage rate.  Averaging 38 minutes per game over his last 10, Grant has become a primary weapon for this Blazers team.  Grant comes into this matchup with a PRA prop of 28.5 and due to a combination of things, he is in a good spot to continue his consistent play.  Coming off a pair of games in which he had 47 and 38 points, rebounds, and assists he will look to continue his efficient play at home as a favorite.  The Clippers do have a strong defense but with their many injuries they are a shell of themselves in this game, which should positively influence both the Blazers and Grant’s ability to have a big game.

Grant is averaging 22 field goal attempts per game over his last two games and if he continues to get up even close to that volume, this is a discounted line on this prop.  As mentioned above, Grant without Lillard is the key to this bet and because he will continue to play right around 40 minutes, his potential to surpass 28.5 points, rebounds, and assists will continue to be valuable in these spots.  Without Lillard for the last five games, Grant is averaging 35 points, rebounds, and assists, showing consistency and ability with a greater workload. OddsShopper has Grant projected right at this number but with -103 odds to the over, laying that little juice is worth a serious look.