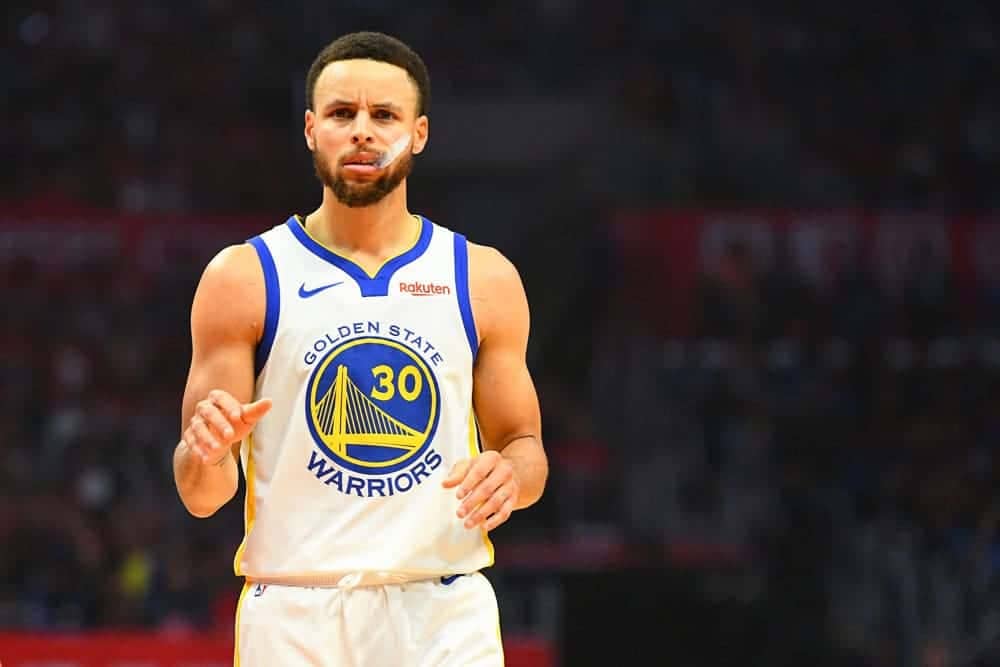 The Golden State Warriors will face off with the Dallas Mavericks Tuesday night at American Airlines Center. The Warriors come into tonight’s game on a three-game winning streak after beating the Timberwolves on Sunday night in Minnesota 137-114. The Mavericks had a tough loss to the Bucks on Sunday 124-115. This column will highlight Warriors-Mavericks predictions and picks, highlighting Luka Doncic and Stephen Curry. Be sure to visit the OddsShopper tool for more NBA best bets and odds.

This line opened as a pick-‘em, and the early money has moved it to Golden State -1.5. The total opened 225.5 and has moved to 228. Neither team has any significant injuries to report, which has led to the move on the over. Bettors should head to DraftKings Sportsbook to tail the following Warriors-Mavericks predictions.

This team’s Achilles heel has been on the defensive end, but more importantly at the free-throw line. They are 30th in free-throw attempts and makes allowed. Those are easy points that the Warriors are just giving opponents.

This is one of the tougher games to handicap, as the two teams are headed in opposite directions. However, the point spread has neutralized things, with the Warriors slight road favorites at -1.5. The Warriors’ road woes and the Mavericks’ overall struggles against the spread make it a coin flip.

The total is tough to call, as one of the fastest-paced teams is going against one of the slowest. But the Mavericks have gone under in eight out of their last 10 games as home dogs. This says that the pace really slows when they go up against better teams. The Warriors have also improved their defensive play over the last 10 games.

Even with the Warriors’ dismal road record, their improved play makes them the better option. The Mavericks are not playing good basketball right now, and Golden State’s depth should be a big advantage.