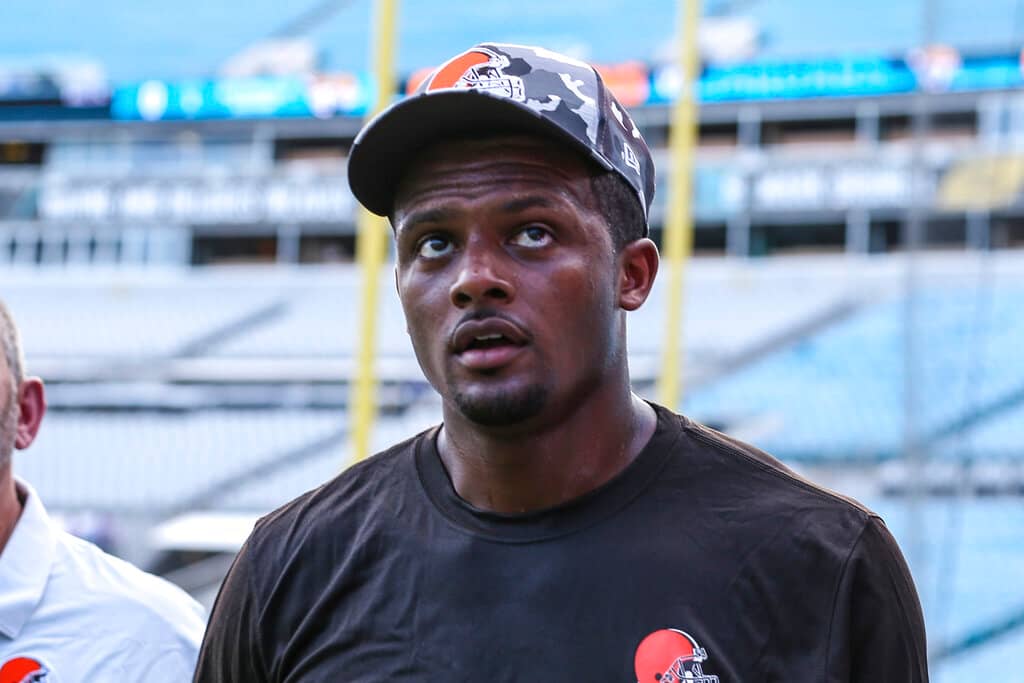 This Sunday will mark the first time in over 700 days that Deshaun Watson will be playing in an NFL football game. And though he was playing at an elite level, it’s hard to gauge where he’ll fit in with the Browns.

For the first 12 games of the NFL season, veteran Jacoby Brissett filled in under center for Cleveland and has been up and down. He has 12 touchdowns to go along with 11 interceptions and a 64.1% completion percentage, ranking No. 18 for quarterbacks in ESPN leagues.

Watson will likely be an upgrade over Brissett. After all, he was a valuable fantasy asset for a Houston Texans team that went 4-12 in 2020. In that season, Watson threw 33 touchdowns and just seven interceptions, completing over 70% of his passes, and adding 444 yards and three touchdowns running.

Look for Watson to go through some growing pains given how long it’s been since he’s laced up on Sundays, but when he was at his peak, Watson’s vertical passing metrics ranked atop the league. With Brissett being middle of the pack in most passing metrics, look for Browns receivers Amari Cooper, Donovan Peoples-Jones and David Njoku to see a marginal increase in production for the remainder of the season.

In his first game, Watson will have the luxury of going against a lowly one-win Texans team. But they have held opposing quarterbacks in check for the most part. Perhaps it’s thanks to teams running out the clock in second halves against them, but Houston currently allows the third-least fantasy football points to opposing quarterbacks and has not allowed more than two touchdowns passing all season.

Definitely roster Watson in fantasy football, but it’s probably best to see how his Browns debut goes before inserting him into starting lineups.