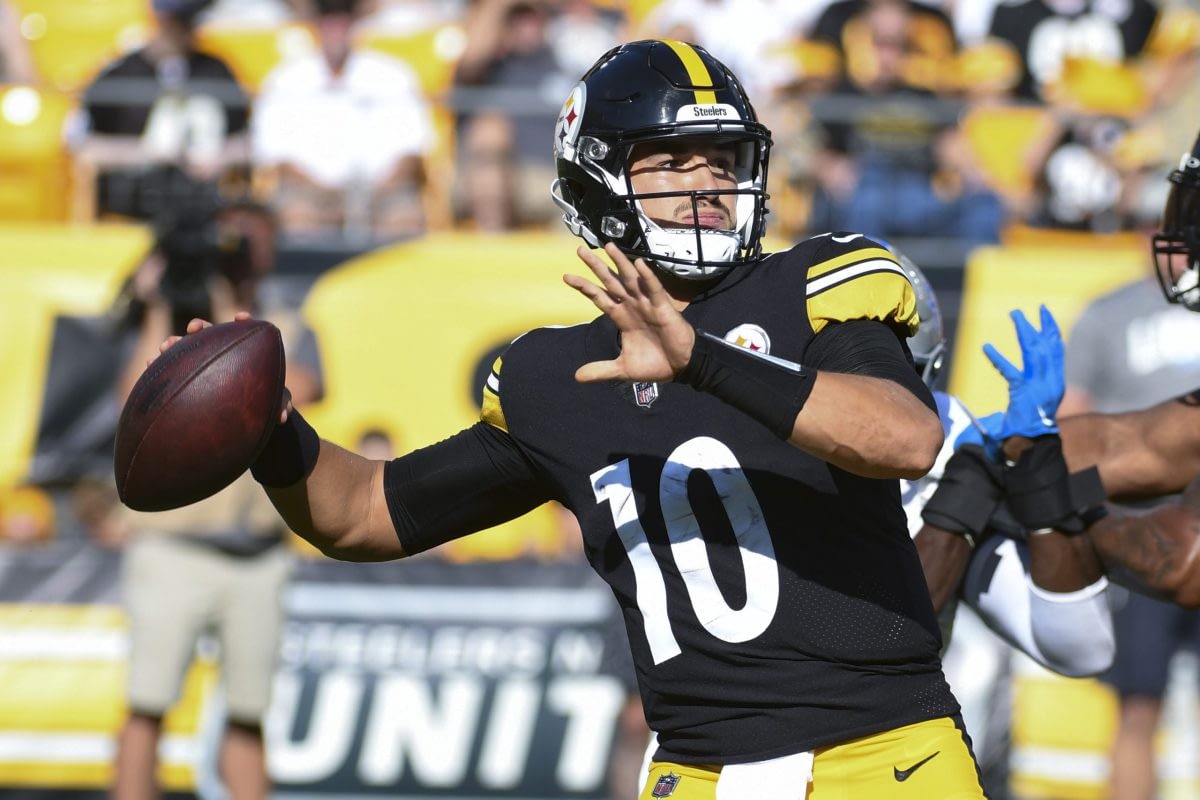 It appears that nobody is confident in Pittsburgh Steelers quarterback Mitchell Trubisky‘s chances of avoiding a critical mistake on Thursday Night Football.

Ahead of the matchup with the Cleveland Browns, bettors are flocking to take Trubisky to throw at least one interception on the evening.

Not a single bet has been placed on Trubisky to have an interception free game, according to Caesars Sportsbook,

Trubisky struggled mightily against Bill Belichick’s New England Patriots defense last week, throwing for just 168 yards to go along with one touchdown and one interception. The Steelers lost 17-14.

“I’m going to exercise appropriate patience and continue to teach and ask the guys to continue to learn in an effort to continue to push this train down the track and get better,” Steelers coach Mike Tomlin said on Monday when asked whether he was happy with the team’s play calling. “I think that if anyone is sitting here on Monday in Week 2 of this thing feeling happy, they’re probably wrong or misinformed.”

Although Tomlin might be trying to keep a patient approach with Trubisky, that won’t be duplicated by the Steelers faithful. Especially after the team drafted quarterback Kenny Pickett in the first round of the NFL Draft, the margin for error is razor thin for Trubisky to stay in the good graces with his fan base.

If Trubisky struggles against the rival Browns on National TV Thursday, the calls for Pickett are going to grow louder and louder in Pittsburgh.