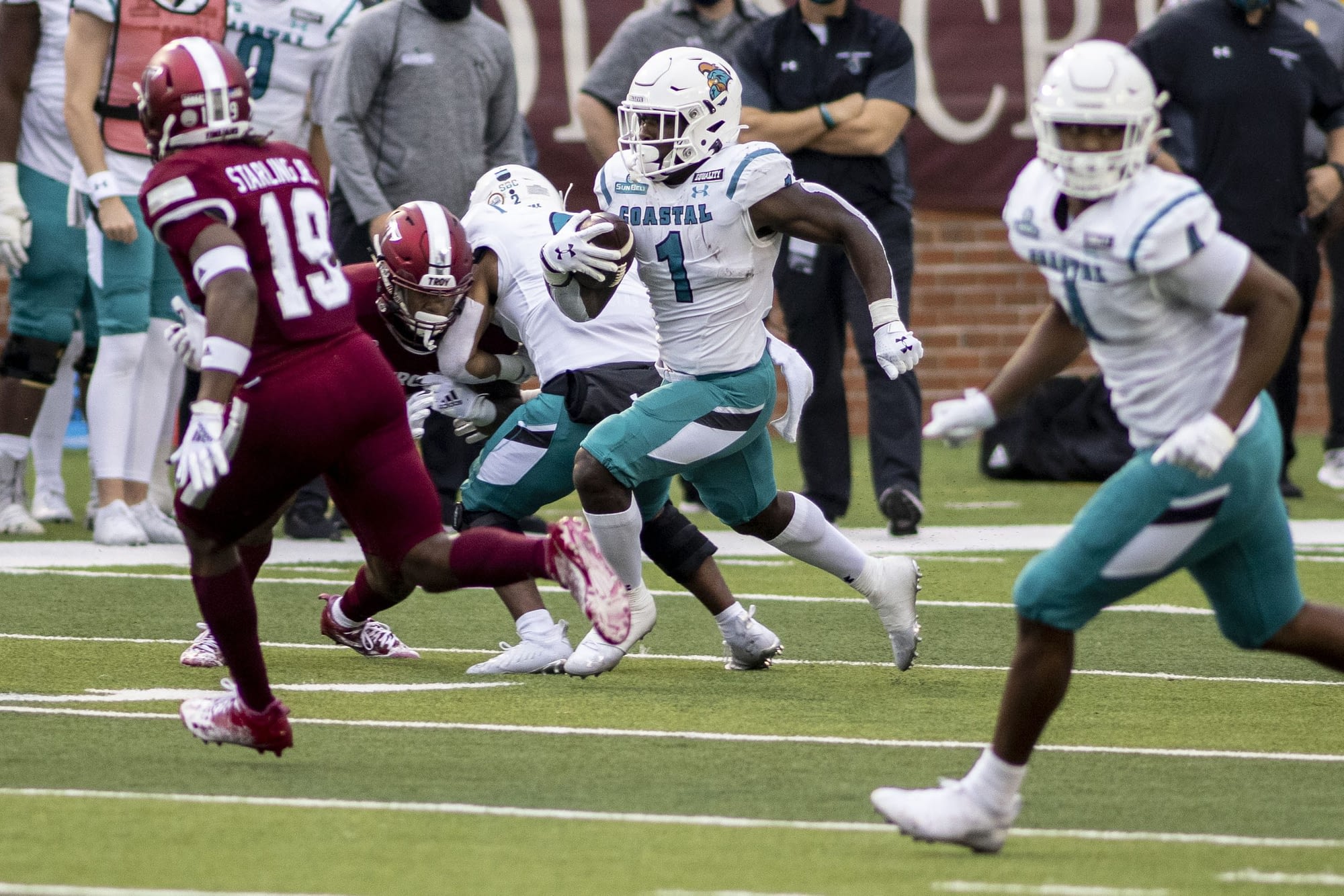 The Georgia State Panthers are 0-3 on the season but they have lost their last 2 games by only 8 points, combined.

The Panthers are led by quarterback Danny Grainger. While he struggled against South Carolina earlier in the year, Grainger put up 4 touchdowns in the team’s 42-41 loss to Charlotte this past weekend. Their only other game was a 35-28 loss to North Carolina.

None of the Chanticleers’ wins this season have been in blowout fashion, but they have consistently been able to get the job done, and that’s all that matters. They’ve yet to get any votes to be in the AP Top 25 Poll. That may not come until their Week 9 matchup with Appalachian State, assuming they stay unbeaten till then.

You would’ve thought that Georgia State’s first non-Power 5 battle was going to result in a more capable defensive. Well, it didn’t as the Charlotte 49ers threw all over the Panthers. Quarterback Chris Reynolds went for 401 yards and 5 touchdowns. It was the big plays that killed Georgia State as 5 receivers ended with a yards per reception average over 10. Charlotte scored a touchdown in every quarter.

It seems unlikely that this problem gets resolved anytime soon, especially considering every starter on the Panthers’ defense is an upperclassman. They rank 117th in opponents points per game of the 131 FBS programs. What’s even more concerning than the Panthers’ inability to defend is that it brought back its top tacklers and pass rushers from a season ago. Starting linebacker Blake Carroll and Jordan Veneziale, both seniors, lead that side of the ball.

Georgia State’s defense has allowed 304 yards per game and almost 13 passing first downs per game. The Panthers beat Coastal 42-40 last season, allowing over 200 rushing yards. The Chanticleers seem to be a pass-heavy side now, one that’s held up against relatively decent opponents.

The pass game should be a major focus for Coastal Carolina as the Panthers have done little to stop opposing attacks so far this season.

The Chanticleers followed their impressive 11-1 season in 2020 by going 11-2 a year ago. They’ve started out 2022 with a 3-0 record. In all 3 seasons, which they have a 25-3 record, quarterback Grayson McCall has started at quarterback. He has a 9:1 touchdown to interception ratio this season which matches his ratio from last season.

At 40.9, the Chanticleers ranked 5th in the FBS in points per game last season, and that was almost certainly going to regress. Coastal Carolina is averaging 35.7 per game this season yet has not played a Power 5 program nor one in their conference. They beat the 0-3 Buffalo 38-26 but did take a 16-14 deficit into halftime.

Coastal Carolina does have a dynamic offense, one that has 2 running backs with over 200 yards each through 3 games. Senior starting RB Reese White has churned out 6.8 yards per carry and will look to increase his production for the fourth straight season. He missed the close, hard-fought game between these two teams a season ago.

Georgia State transfer wide receiver Sam Pinckney has turned into McCall’s favorite target, totaling 259 receiving yards. He spent 4 seasons with the Panthers and was arguably the Chanticleers’ most notable addition. Pinckney was 1 of 3 transfers (2 defensive) that immediately cracked the starting lineups.

The Panthers are going to have to find a way to deal with defensive end Josaiah Stewart who was a 3-star recruit in the Class of 2021. He had 16 tackles for a loss and 13 sacks last season. If he can disrupt a few possessions, the Panthers offense may struggle to stay as electric as it was a weekend ago.

CCU is a well-oiled offensive machine, and it has continued to thrive. This will be a good test to see where it’ll be at in conference play. It beat Georgia State with McCall at the helm 51-0 in 2020 and then obviously struggled at home last year.

Until CCU proves differently, I would expect them to come out on top. Not to mention, Georgia State is 0-2-1 against the spread (ATS) this season. While not much better, Coastal Carolina is 1-1-1 ATS, so it has at least covered once this season.

I’d back the Chanticleers to cover given their firepower and stronger defensive play.