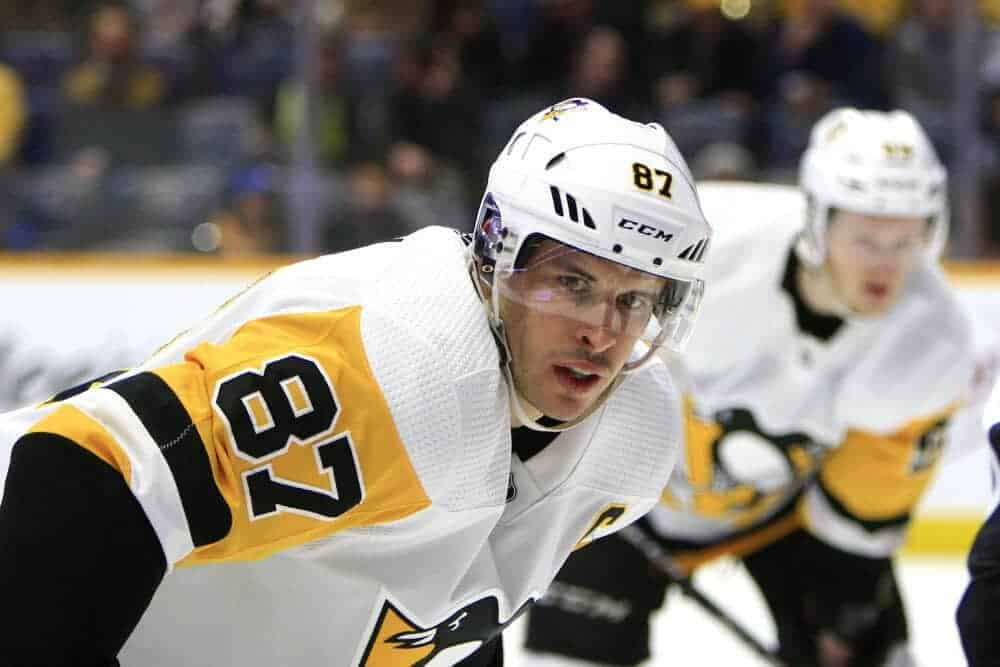 Saturday features an NHL slate with eight games throughout the day. Let’s dive into a two-leg NHL parlay for Saturday, which pays out +265 at DraftKings, and be sure to use the OddsShopper tool to shop more for the best NHL parlays and Penguins bets.

There is an Eastern Conference tilt with the Metropolitan Division’s Pittsburgh Penguins hosting the Atlantic Division’s Toronto Maple Leafs. The Penguins have started to turn their season around recently as they enter this contest amidst a five-game win streak.

They have been starting games strong, scoring the first goal in each of those five wins, a trend that should continue in their third game against the Leafs this year. Earlier in the month, these two teams split the first two meetings.

Projected to take the crease for the Penguins is goaltender Casey DeSmith, who has had a solid campaign. Through eight starts, DeSmith boasts a .909 SV% and 2.88 GAA.

This good play should continue against the Leafs, a team that DeSmith typically plays well against. Over five career appearances against Toronto, he has posted a .915 SV% and 2.35 GAA.

DeSmith should get plenty of goal support as the Penguins rank fifth in the league in expected goals for per 60 minutes (xGF/60) at 5v5. Slated to start between the pipes for the Leafs is goaltender Erik Kallgren, who should be a good fade candidate in this contest.

Through nine appearances this season, Kallgren is 2-2-4 with a .891 SV%. Among starting goaltenders, he ranks just 22nd in goals saved above expected per 60 minutes (GSAx/60) at 5v5.

In his lone career start against Pittsburgh on November 11, Kallgren allowed three goals on just 22 shots for a .864 SV%. The Penguins are currently playing their best hockey of the season, and it would not be shocking at all if they started strong on home ice once again.

An offense to fade on Saturday night is the Washington Capitals, who travel to New Jersey to take on the Devils. Perhaps the most injury-riddled team in the league, Washington is projected to be without Nicklas Backstrom, Carl Hagelin, and Tom Wilson in this contest.

That is a lot of firepower to miss, which is part of the reason for their lack of offensive production this season. At 5v5, the Capitals rank just 22nd in the league in xGF/60.

This lack of offensive production will be a big problem against the Devils, who boast the most efficient blue line in hockey this season that is led by shutdown defenseman Jonas Siegenthaler. At 5v5, New Jersey ranks first in the league in expected goals against per 60 minutes (xGA/60).

Backing up this tremendous defense is goaltender Vitek Vanecek, who is projected to start against his former club. This season, Venecek is 9-2 with  a.917 SV% and 2.14 GAA.

Entering this contest, he has allowed two or fewer goals in each of his last four starts.

Maryland! Get $200 in Free Bets on registration
Share on TwitterShare on FacebookShare on EmailShare on SMS