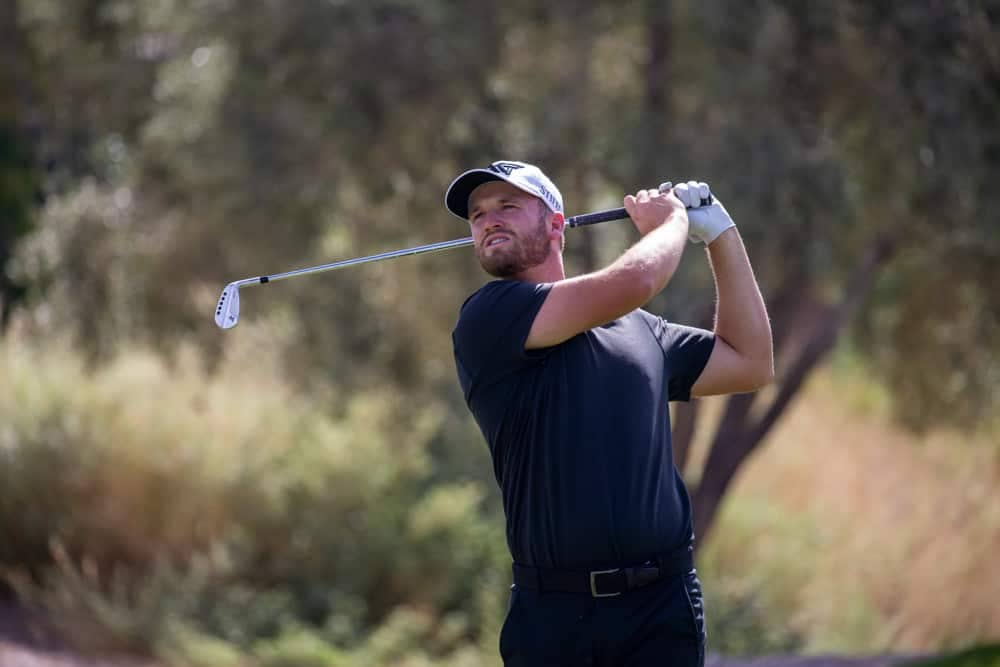 This year will mark the third season that the Houston Open will be played at Memorial Park Golf Course, a longer Par 70 venue that plays over 7,400 yards and is set in a flat parkland setting. Despite its somewhat non-descript location in the middle of Houston, the venue has certainly played tougher by PGA standards, yielding winning scores of 13 and 10 under par. From a style perspective, this venue is quite a change from what we’ve seen on the PGA the last couple of weeks, so when looking at skillsets, length off the tee and very solid long to mid-iron approach play should be valued.

From a first-round leader perspective, a few things jump out this week. The first is the conditions. We had a log jam of a tie in this betting market last season, with five players tying each other at five under par. Super low scoring isn’t necessarily needed this week and we can also see that taking shots with players longer in odds may be a worthwhile endeavor too. All of the first-round leaders from the last two seasons at Memorial Park went off at 40-1 or great in the betting odds for the FRL market and it was an even split the past two seasons between p.m. and a.m. leaders. For betting this week, targeting one wave over the other doesn’t seem like it would be a huge benefit as the forecast calls for relatively steady (and mild) winds all day.

With the picks, we’ve employed the OddsShopper golf betting tools below and tried to target the best values and potential upside plays for the first-round leader market.

Clark fits the profile of players who have had success at Houston thus far — solid to elite off-the-tee players who also carry elite putting upside. The American has yet to win on the PGA TOUR but he’s had plenty of close calls and is coming off a week at the CJ Cup where a 29th-place finish hid the fact that he had a great week with his long game, gaining over 6.0 strokes ball-striking. Clark has also been a strong starter over the past couple of seasons and ranked 14th in first-round leader scoring in 2021-22. He also opened with a 66 at this event last season, which was just one off the actual first-round lead. He has an early afternoon tee time so he shouldn’t be affected by any cool morning weather. He’s a great starting point and in the range of players we want to target this week, price-wise, considering the history of longshot first-round leaders at this course.

Much like Clark, Rodgers sets up as the prototypical kind of player we want to target on a long, tough golf course like Memorial Park. The American can be frustratingly inconsistent with his iron play, but is still extremely consistent off the tee and has plenty of length to handle Memorial Park’s longer holes. Rodgers has also now made five cuts in a row over the fall and displayed a better overall tee-to-green game than we’ve seen from him in past years. This week’s first round leader isn’t likely to be anything better than five or six under par and Rodgers’ putting upside (18th in strokes gained putting) means he could find that kind of round just from a good day on the greens alone. The fact that he’s actually doing other things well now makes him a solid target for me this week.

If looking to make a wager on BetMGM this week, then Patrick Rodgers is a first-round leader target to consider. He has solid 60-1 odds there (bigger odds than other places), and new BetMGM users get a risk-free bet up to $1,000!

With another weaker field, we’ll also continue the theme of taking shots in our first-round leader bets with a basket of players with longer odds. You can always use OddsShopper to check out and compare odds across the major sites.

Now that his price has dipped and we’re back on a tough course, I have no problem taking a shot on Stephan Jaeger this week either. One trend we have seen at Memorial Park Golf Course is that the tough conditions mean that players can gain a ton of strokes on the field through elite around-the-green play and putting, as the entire field will have low Green in Regulation percentages. Despite a couple of poor starts, Jaeger ranks 15th in long-term approach stats and fourth in around-the-green stats. While his lack of distance may hold him back from competing for the outright win, his elite skills in other areas certainly mean he can pop up with a lower round or two this week. Jaeger opened with a solid 68 at this event last year and has been more competitive on Tour over the past year, making him a potential first-round top candidate this week.

Dou has had a solid fall swing this far after gaining back his Tour card over the late summer in the Korn Ferry playoffs. He has missed two of five cuts but two of those made cuts produced finishes of 21 or better. What we’ve seen from Dou on both the PGA and the Korn Ferry Tour is that he may actually prefer a tougher setup as his solid off-the-tee game tends to play well on longer courses where that part of the game becomes more of a focal point for success. Dou is coming off a missed cut in Mexico but that should only give him a heightened rest advantage this week for Thursday’s first round, and it was only two weeks ago that he opened with a solid 65 in Bermuda. He’s got a setup that plays well to his strengths this week and an early Thursday tee time. At a big price, he’s a good target this week and gets us exposure to that early Thursday wave.