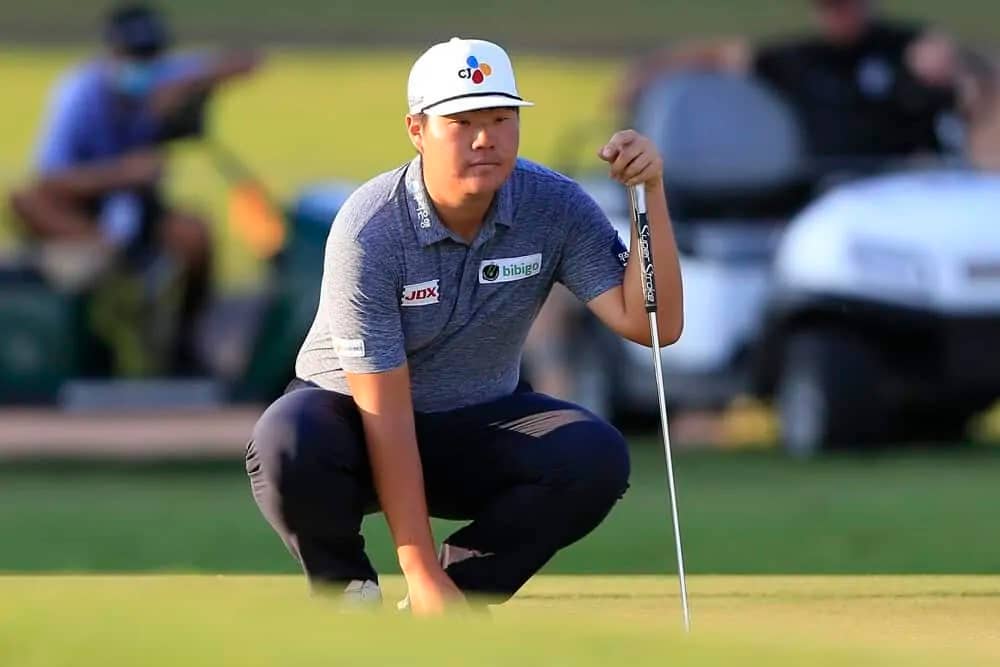 The third stop on the PGA TOUR’s fall swing brings us to the desert for the Shriners Children’s Open. This event takes place in Las Vegas and therefore can be a popular one with elite and newer players alike. For betting purposes, the fact that we have a couple of bigger names in the field, like Patrick Cantlay and Sungjae Im, means we have been given some good betting prices on very talented players this week in multiple markets. In terms of stats, TPC Summerlin mostly challenges players on approach, where water and larger greens ask players to be accurate or face a long two-putt or an up and down. This venue has average to larger-than-average greens and uses Bentgrass for putting surfaces.  It’s not a week where we need to focus on any single skill set but we do need to be picky about where our players are teeing off.

To say we should be targeting the a.m. this week for our first-round leader bets may be putting it mildly. It’s been over six years at TPC Summerlin since a player teeing off in the p.m. wave shared a piece of the first-round lead and we’ve now had solo first-round leaders come from the a.m. wave at this event in six straight iterations.

I’ve used OddsShopper golf betting tools below to help us look for some value as we try to target big hitters with our preferred early tee times.

Maverick McNealy doesn’t come into this week with a ton of form, but he has made a start in the fall already, which tends to be helpful for players of his level this time of year. An elite putter who has shown us his best stuff on easier venues, where the scoring tends to push towards 20-under par, he comes into this week ranked top 10 in birdies gained over the last 50 rounds and top 20 in longer-term strokes gained putting form. The greens on TPC Summerlin are some of the easiest to hit on the PGA TOUR so if McNealy’s putter starts off well there’s every chance we get a hot start from the 26-year-old, who had some strong results last fall and won’t feel intimidated in a field with limited big names. At 65-1, we’re getting a good price on a player with low sentiment this week.

Backing Jason Day to give us four good rounds may not be a good idea yet (or ever) but backing him for a good start this week is something I’m interested in. He has shot 65 or better in the first round in two of his last nine PGA TOUR starts and while he’s coming off a terrible Fortinet Championship (MC – rounds of 73-74), most of his issues there came on the greens. Day’s putter has been ultra streaky of late and it was just three starts ago at the Rocket Mortgage that he gained 3.2 strokes for the week with that club. Even more encouraging is the 3.2 strokes Day gained with his irons in Napa, and while he may never be the dominant force in golf he was in 2016 again, he seems closer to putting together more stretches of good play. At 80-1 and with an extra early tee time this Thursday, Day’s 80-1 price makes him a decent add for the FRL market.

If looking to make a wager on BetMGM this week, then Day is a first-round leader target to consider at that sportsbook. He has solid 40-1 odds there (bigger odds than other places), and new BetMGM users get a risk-free bet up to $1,000!

With another weaker field, we’ll also continue the theme of taking shots in our first-round leader bets with a basket of players with longer odds. You can always use Oddsshopper to check out and compare odds across the major sites.

We need birdies this week and, thus far, Ben Griffin has proven he’s very capable of making those happen on the PGA TOUR. The 26-year-old ranks fourth in birdies gained on the PGA through his first 18-graded rounds and is coming off a week at the Sanderson Farms where he gained 6.1 strokes on approach and put in rounds of 66 and 68 on a course that was playing tougher than it usually does. Griffin’s Korn Ferry career was highlighted by periods of extreme volatility so it wouldn’t be shocking to see him post one more big round or two before he potentially regresses towards his mean a tad. He did his best work on the KFT at lower-scoring events, scoring runner-up finishes last year at 22-under par and 18-under par. With an early tee time and massive odds, getting him onside as a low-cost, longshot bet to lead after one round makes a lot of sense.

As far as course history goes, you have to love what Chesson Hadley offers us this week at TPC Summerlin. He’s gained over 3.5 strokes putting at this venue in three of his last five starts and posted three top-10 finishes in seven career starts at this event. Despite finishing just 27th last year at TPC Summerlin, Hadley did open with a round of 64 and fired a 65 at this venue back in 2018, as well. Despite missing a couple of cuts in a row, Hadley’s also gained strokes on approach in three straight events and is just three starts removed from an eighth place finish at the Wyndham. Given the course history, his 100-1 price and early Thursday tee time make him worth the add this week for FRL bets.