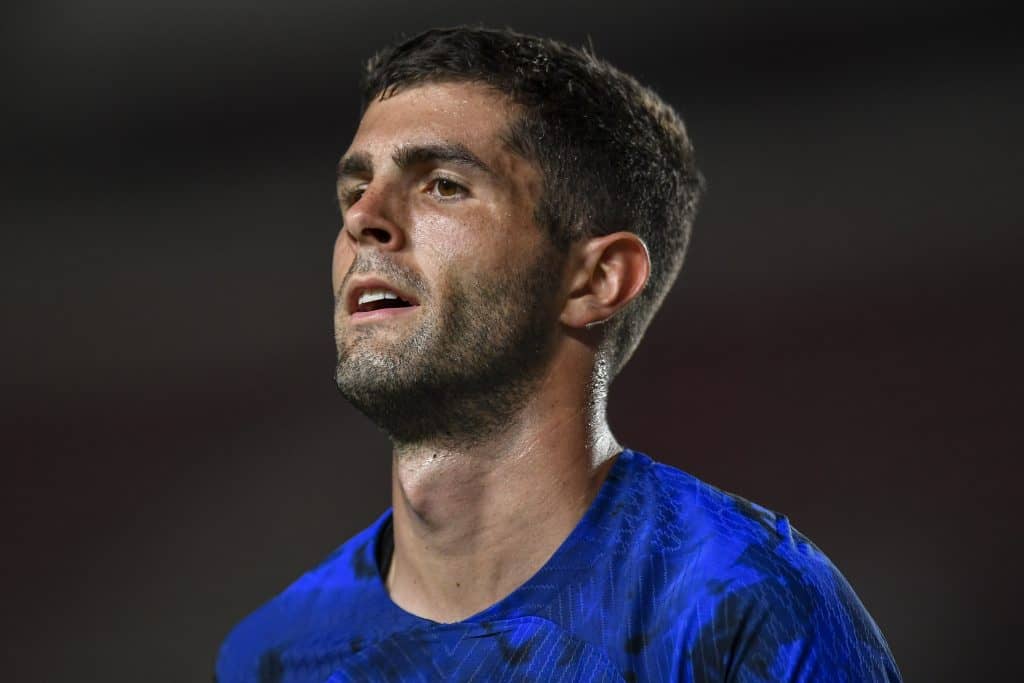 Christian Pulisic says he will be available for the USA when it plays the Netherlands in the first knockout round of the 2022 World Cup, after he was injured scoring the game-winning goal against Iran on Tuesday. Here is the latest Christian Pulisic injury news.

“So f’ing proud of my guys, I’ll be ready for Saturday don’t worry,” Pulisic said in a social media post from his hospital bed following the 1-0 must win.

After scoring Tuesday, Pulisic came up in clear pain after colliding with the Iran goalkeeper. He completed the first half, but after being evaluated for an abdominal injury at halftime, Pulisic remained in the locker room, unable to finish the Group B game.

Sergio Dest took a pass from Weston McKennie and sent a header in the direction of Pulisic, who was streaking up the center of the pitch toward the net. Putting his body into harm’s way, Pulisic scored but took on a nasty blow in the process.

“Obviously we’re very thankful that he threw his body there,” McKennie told ESPN. “At the end, it was a heart-drop-sinking moment, but we got it done and we’re excited to still be here.”

U.S. Soccer said Pulisic “has been diagnosed with a pelvic contusion and his status is day to day.”

Painful as it may have been, it was a moment Christian Pulisic had been waiting for his entire life. The Chelsea winger from Hershey, Pa., was extremely emotional when the USA failed to qualify for the 2018 World Cup, but that setback made Tuesday all the more special.

Netherlands defeated Qatar 2-0 on Tuesday morning to finish atop Group A. England won Group B and will play Senegal in the round of 16.

For the USA to pull off the upset, it will need Pulisic and the rest of the team to put together its best performance of the World Cup thus far.

Per DraftKings, the United States opened as +350 underdogs against Netherlands. Maryland, get up to a $500 free bet!
Share on TwitterShare on FacebookShare on EmailShare on SMS