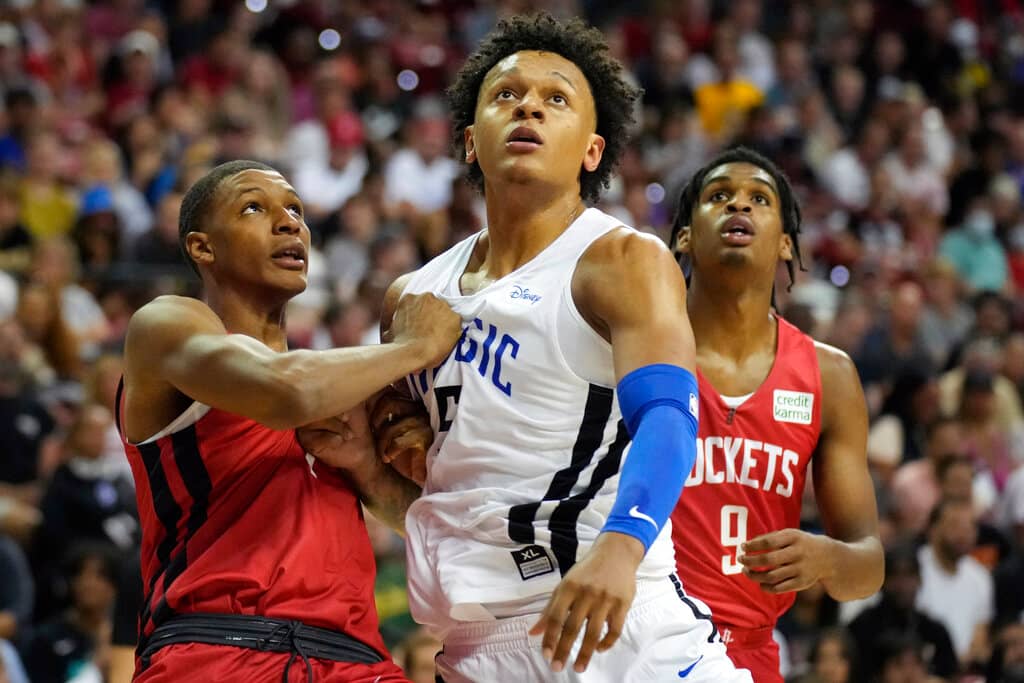 With the NBA season right around the corner, bettors are starting to line up their future picks. Earlier in the week, we took a look at the top MVP and championship odds for the 2022-23 season.

Now let’s check out the Rookie of the Year race prior to the Oct. 19 tipoff.

After being selected No. 1 by the Orlando Magic, Duke forward Paolo Banchero is the consensus favorite to win  the award. Just behind him is the No. 4 pick, Sacramento Kings forward Keegan Murray out of Iowa.

Check out the full Rookie of the Year odds below:

Coming into the 2022 NBA Draft, Auburn forward Jabari Smith was the odds-on favorite to be selected No. 1, but the Magic ended up shocking many when they picked Banchero. Smith ended up falling to the Houston Rockets at No. 3. (No. 2 pick Chet Holmgren of the Oklahoma City Thunder is out for the season with a foot injury).

Smith now finds himself behind the trio of Banchero, Murray and Detroit Pistons guard Jaden Ivey (the No. 5 pick out of Purdue) in Rookie of the Year odds. But Smith perhaps still has the most upside of any player in the draft class.

Auburn assistant coach Marquis Daniels, who grew up in the Orlando area and played 10 years in the NBA, said he thinks the Magic missed badly passing on Smith.

"I saw him as an athletic Rashard Lewis," Daniels said during an exclusive interview with Inside the Rockets. "Rashard had that high release and shot the ball well. I see Jabari the same way. If you put someone too small on him, he can shoot right over the top of them."

If Smith can reach that lofty comparison, he will undoubtedly carve out a successful NBA career, but for now, the Magic seem perfectly content with Banchero.