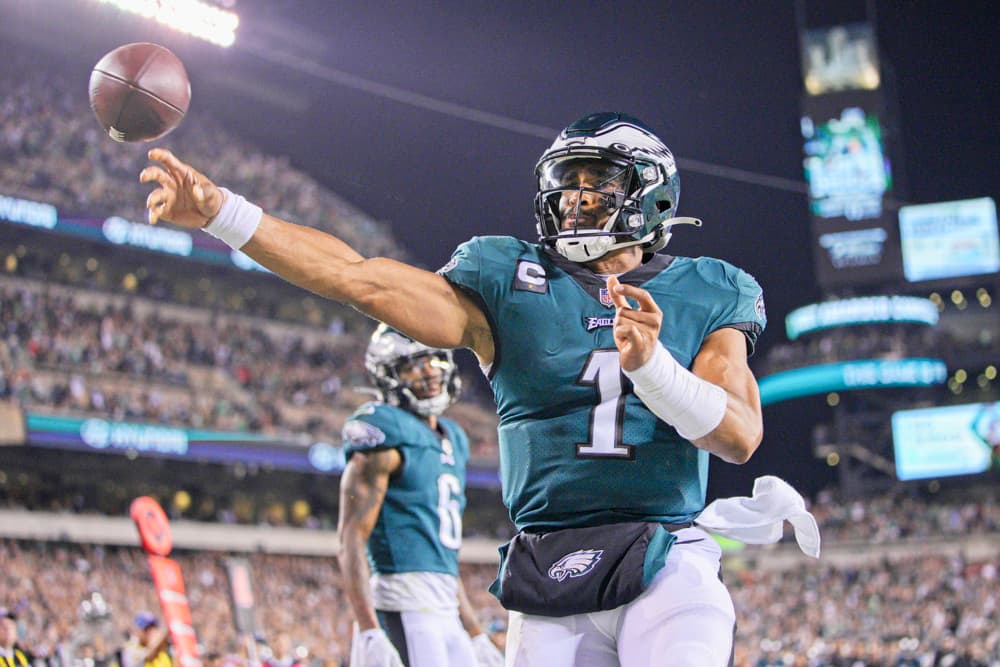 The Jacksonville Jaguars have a prime opportunity to prove they’re legitimate when they travel to Philadelphia to take on the 3-0 Eagles in Week 4. But both teams must battle weather in addition to the other team.

Originally, the rain was forecasted to remain minimal in Philadelphia, but it’s already evident that it’ll be more extreme than previously thought.

Per AccuWeather, the rain is now supposed to persist in Philadelphia throughout the Jaguars-Eagles game, but it’s the wind that could hold the passing game for both the Jaguars and Eagles at bay on Sunday afternoon.

With 33 MPH wind gusts supposed to be present in a chilly Philadelphia, both teams will probably lean on their running game even more.

Per our Stokastic NFL Start/Sit Fantasy Football Rankings, Jaguars running back James Robinson and Eagles back Miles Sanders both find themselves in the top 30 at the position in Week 4.

Still, Eagles quarterback Jalen Hurts is listed as our third quarterback on the board for Week 4, behind just Josh Allen and Lamar Jackson.

Through the first three weeks of the NFL season, Hurts has emerged as an MVP candidate, with a lot of his damage coming on the ground. Thus far, Hurts has rushed 37 times for 167 yards and three touchdowns.

With the wind as a factor in Philly, expect the Eagles’ dominant offense to lean even more on his running abilities, and try to control the clock throughout the afternoon. Per DraftKings, the betting line for Jaguars-Eagles is currently set at Eagles -6.5, and the total is set at 44. It wouldn’t be surprising to see that line move, so shop for the best odds here.

Our most profitable predictions are here, including a player prop on Robinson and Kenneth Gainwell.