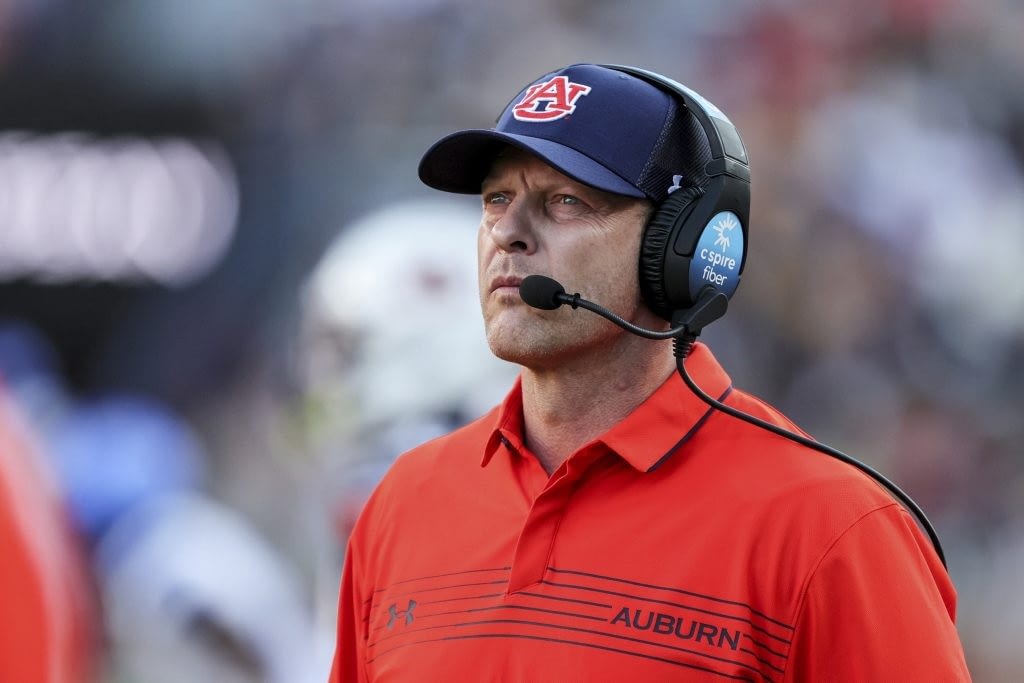 SEC teams have gotten off to a strong start this season. There are currently eight teams from the conference represented in the AP Top-25.

That being said, there are still a few teams in the SEC trying to keep from getting left behind by the critics. Missouri and Auburn are two of those teams.

The Auburn Tigers host Missouri for an 11 a.m. CT kickoff this Saturday. Both teams come in to the matchup with a 2-1 record. This will be each team’s first game in SEC conference play play.

It is almost inevitable that Bryan Harsin will not be the head coach of Auburn next season.

Auburn has had a handful of competitive games under Harsin but have not lived up to the high expectations set out at the start of his tenure.

Auburn’s 41-12 blowout home loss to Penn State last week was proof that this program is not where it needs to be. Change might be necessary in order to put a competitive product on the field.

One bright spot for the team has been Tank Bigsby. The running back has rushed for 3 touchdowns and has also been effective catching passes out of the backfield.

The quarterback position is still a major question mark for Auburn’s offense. It is unclear who will be starting under center on Saturday after T.J. Finley suffered a shoulder injury against Penn State. Robby Ashford will likely get the start against Missouri if Finley is unable to play. Ashford hasn’t looked great so far in his limited game time.

Auburn must be able to put some points up this weekend and keep their defense off the field. Their defensive unit ranks as one of the worst in defending the pass so far this season.

The Missouri Tigers come in with a 2-1 record but that is nothing to be content with. Missouri has wins against Louisiana Tech and Abilene Christian. However, they got run out of the stadium in a 40-12 loss to Kansas State.

Missouri’s season hasn’t been as impressive as head coach Eliah Drinkwitz would like. Nevertheless, their offense seemed to take a step in the right direction last week. Sophomore quarterback Brady Cook threw for 297 yards and 3 touchdowns in the win, while the team combined for 190 yards rushing.

Missouri has looked somewhat promising on defense. They currently rank 43rd in total defense in the FBS and they were able to force two turnovers in their win last week. Defense is going to be key to victory this week against Auburn.

A win for either “Tiger” team this weekend would be a very important start to conference play so this should make for an exciting game on Saturday afternoon.

Neither team is likely to be contending for an SEC championship at the end of the year, but these are the games that need to be won in order to remain in the hunt for a bowl game.

Auburn currently sits as 7-point favorites and there is a game total set at 51.5 points. Auburn has been 0-3 against the spread to start the season while Missouri is 1-2.

While Auburn has faced some adversity early in the season, bet on them coming home with a victory on Saturday. Auburn is still a stronger team with a more talented roster than Missouri and they look good to cover the 7-point spread on Saturday. For both programs, their defenses have looked better than their offenses and that can create a slow start to scoring on Saturday, as well. With questions remaining, especially at quarterback for Auburn, this contest has the makings to go under the 51.5-point total.