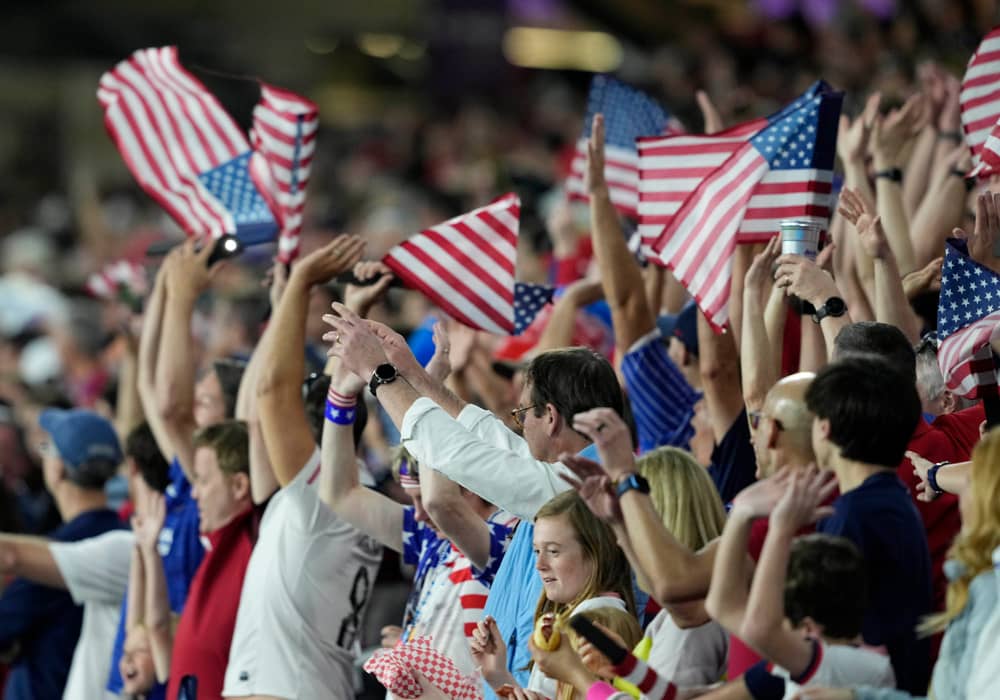 Black Friday’s World Cup slate brings us back around to Groups A and B as Matchday 2 gets underway. Below you’ll find the best World Cup bets, odds and predictions for Wales-Iran, Qatar-Senegal and USA-England.

Check out the OddsShopper tools to find more sharp bets in any sport.

Iran to Challenge the Welsh Back Line

Iran and Wales were predicted to finish at the bottom of Group B at the start of the tournament. Iran was embarrassed in a 6-2 loss against England, but a point for Wales against the United States gives it hope. In fact, if both Wales and the United States beat Iran and lose to England, it will ultimately come down to goal differential.

With that in mind, you have to expect Rob Page to start Kieffer Moore up top alongside Gareth Bale to try and spur Wales’ offense. Moore made an immediate impact against the United States on Monday and has scored about 0.48 non-penalty goals per 90 minutes for his club and country.

Don’t underestimate Mehdi Taremi and Iran, either. It did lose by a four-goal margin to England, but that was mostly a result of bad luck. The Three Lions only had an xG of 2.1 on the night and were simply clinical. Iran also outperformed their xG by 0.6 goals, and Taremi proved to be a threat in front of goal. While Wales should get the three points, both teams’ odds to score offers good value here at +105.

Qatar to Fall Out of Group Stage

Next, a World Cup bet to fade Qatar in its second match against Senegal. The only host country in World Cup history to not advance in the group stage was South Africa in 2010. Go one further with Qatar and look at the futures markets for it to finish without a point and without a goal.

Ecuador was held to a clean sheet in four of its six games leading into the tournament. La Tri was able to score twice against Qatar, a feat they had not accomplished since November of last year. Moreover, the Maroons only accumulated an xG of 0.3, failing to put a shot on frame.

Things do not get easier for them in Matchdays 2 and 3 against Senegal and Netherlands. While the Lions of Teranga do not have Sadio Mane, favor Ismaila Sarr and Boulaye Dia to give this back line fits. Sarr’s pace and finishing prowess (0.40 non-penalty goals per ninety) is especially impressive for a winger. Expect Senegal to win this in convincing fashion.

As a United States optimist, it can be hard to separate passion from reality with this World Cup bet. You still can realistically feel as though the United States can get something remarkable out of this game. Don’t forget that it did the same thing in 2010, drawing 1-1 against a much better England side.

This United States team is much better than the 2010 squad. It is also much younger, which was proven Monday in a 1-1 draw with Wales. The USMNT put together a great first half with high intensity pressing and crisp passing. It was ultimately a lapse in focus and individual error that cost the game.

You can expect Gregg Berhalter to use the likes of Gio Reyna to make it a little easier for the United States offense up top. It only mustered 0.8 expected goals against a sloppy Wales defense and should have put that game to bed. If England sticks with a back four, Iran proved it can get picked out.

Though the United States hasn’t beaten a European opponent in the World Cup since 2002, there is value in the draw market at +360.